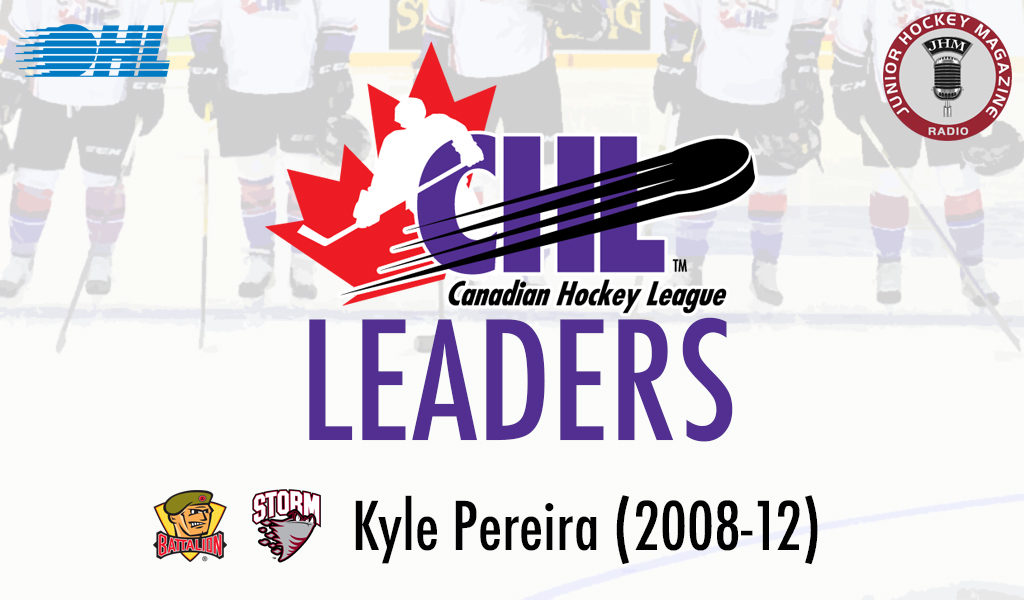 Those are just some of the many skills Kyle Pereira learned over his four seasons in the Ontario Hockey League, all of which he uses today in the professional world as an account manager with Oakville, Ont.-based start-up The Delivery Group.

Pereira, who skated with his hometown Brampton Battalion as well as the Guelph Storm from 2008 to 2012, has shifted into the working world after obtaining his bachelor of commerce degree in marketing from Saint Mary’s University before completing his master of business administration.

Attending Saint Mary’s allowed Pereira to get an education while still pursuing his hockey dream, as he laced up the skates for another four seasons with the varsity Huskies. Pereira credits his time in junior hockey for the opportunity to do so, thanks in part to the advantageous scholarship offering that comes with it.

“In a lot of ways, the CHL, and OHL particularly, really shaped who I am today and where I ended up,” Pereira told Junior Hockey Magazine as part of its CHL Leaders segment. “To my parents, education was always paramount. I think to my days in the OHL and the way that it helped me balance time and really grow as a person, even moving on to Guelph, where I had some very strong mentors there and really enjoyed my time.

“Mike Kelly, in particular, was the general manager at the time and may be the strongest mentor that I have had in the hockey world. He emphasized the importance of school and post-secondary school, to the point where I ended up taking on a full university course load through my final year.”

The realization that a life in pro hockey may not be in the cards for him came in his 19-year-old season, a time when Pereira truly began focusing on his future and carving out the path ahead.

“I think that I was always in a position where I thought about life after hockey, and of course you realize that hockey will only last so long,” Pereira detailed. “It’s not that I didn’t want to see it out until the end, but I wanted to set myself up, and certainly the opportunities that the OHL provides from an education perspective were nothing short of incredible. The opportunity that was provided was nothing short of amazing. It was something that was obviously very instrumental in deciding to go to the OHL in the first place, and it’s certainly a decision that I am thrilled with looking back on today.”

Now in the working world, Pereira is putting to use the countless life skills he learned over his time in the junior hockey circuit, many of which have proven invaluable as part of a budding organization in the staffing solutions sector.

“It’s been fantastic,” Pereira said. “I started with the company fresh out of my master’s at Saint Mary’s. At that stage, we were five people. Fast forward a couple years here and we are up over 20. It has been a wild ride and I am certainly excited to see what the future holds.”