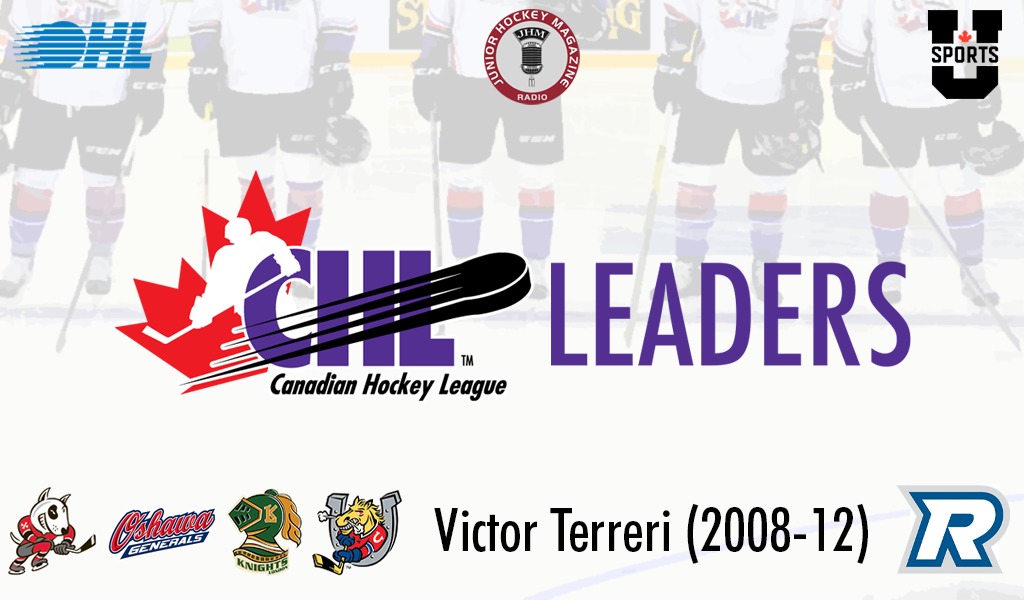 Victor Terreri’s four seasons in the Ontario Hockey League taught him the soft skills to succeed in the professional world.

Suiting up for the Niagara IceDogs, Oshawa Generals, London Knights, and Barrie Colts from 2008-12, Terreri appeared in 149 contests over the course of his junior career, where his time around the rink equipped him with many life lessons he still uses today.

“It taught me a lot of soft skills that I now apply to my job every day in understanding the pressures of work,” Terreri, who today works as an associate client executive with Marsh, a globally recognized leader in the insurance brokerage and risk management sector, told Junior Hockey Magazine as part of its CHL Leaders segment.

With his junior days winding down, Terreri knew his future was in the classroom, later playing four seasons with the varsity Rams while also obtaining an undergraduate degree in political science from Ryerson University.

“When I was playing in Niagara, I had a sit down at year-end with my coach at the time, Marty Williamson, who mentioned to me that there was not a space for an overager so he said to start looking at schools,” Terreri detailed. “I decided to look for educational routes but fortunately I got a chance to play in my overage year with the Barrie Colts under Dale Hawerchuk. I would say that that 19- to 20-year-old year really changed my perspective in hockey not being the only route and investing time into education.”

In all, it was an opportunity that became possible thanks to the invaluable CHL scholarship program.

“Having that option of money on the table and the opportunity to go to school with tuition paid for really forced me to look at that option and seriously consider it,” Terreri concluded. “The stresses of going to school and not having the anxiety of the financial pressures really helped me focus on my studies and really bear down and understand what school meant to me and really plan my future.”