Canada names Captains as World Under-17 Hockey Challenge gets underway 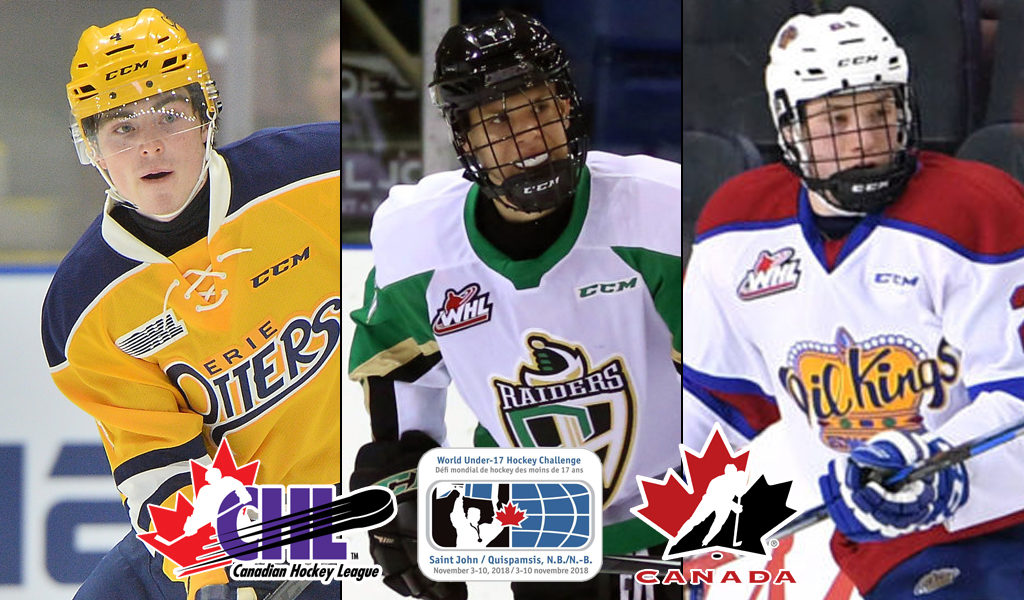 SAINT JOHN & QUISPAMSIS, N.B. – The World Under-17 Hockey Challenge is set to make its return to New Brunswick for the first time since 1995, as Saint John and Quispamsis will welcome the top under-17 players from eight international teams beginning Saturday.

From Nov. 3-10, the teams – Team Canada Black, Team Canada Red, Team Canada White, the Czech Republic, Finland, Russia, Sweden and the United States – will compete in 22 games over eight days as they look to claim gold.

“After months of hard work and preparation for the World Under-17 Hockey Challenge from our community, we could not be more excited to welcome the teams and fans to New Brunswick,” said Aaron Kennedy, chair of the local host organizing committee. “With eight great international teams set to compete for a gold medal, we look forward to welcoming the world and ensuring a memorable experience for everyone involved in this world-class event.”

The three Canadian teams named their captains prior to action on Saturday.

TSN and RDS, the official broadcast partners of Hockey Canada, will broadcast both semifinals, as well as the bronze- and gold-medal games in Saint John. All preliminary-round, quarter-finals and placement games can be streamed live at HockeyCanada.ca/WU17.

Prior to the start of the tournament, teams will take to the ice in four New Brunswick communities for pre-tournament games on Nov. 1 at 7 p.m. AT. Team Canada Black will take on Finland at the 8th Hussars Sports Centre in Sussex, Sweden will face off against the Czech Republic at the Patrick Connors Rec Complex in Blacks Harbour, Team Canada White will play Russia at the Tri-County Complex in Fredericton Junction, and Team Canada Red will match up against the United States at the Garcelon Civic Centre in St. Stephen.

Tickets to the 2018 World Under-17 Hockey Challenge are available for purchase now. A $99 Harbour Station ticket package, which includes all Saint John preliminary-round games, quarter-finals, semifinals and the bronze- and gold-medal game, can be purchased at the Harbour Station box office. Single-game tickets are also available for purchase starting at $13 at HockeyCanada.ca/Tickets.

The communities of Saint John and Quispamsis will receive the net proceeds from all ticket sales as a legacy of the event to support grassroots hockey within their communities as part of their hosting agreement with Hockey Canada. Additionally, recent editions of the World Under-17 Hockey Challenge have resulted in as much as $6 million in economic impact within the host communities.