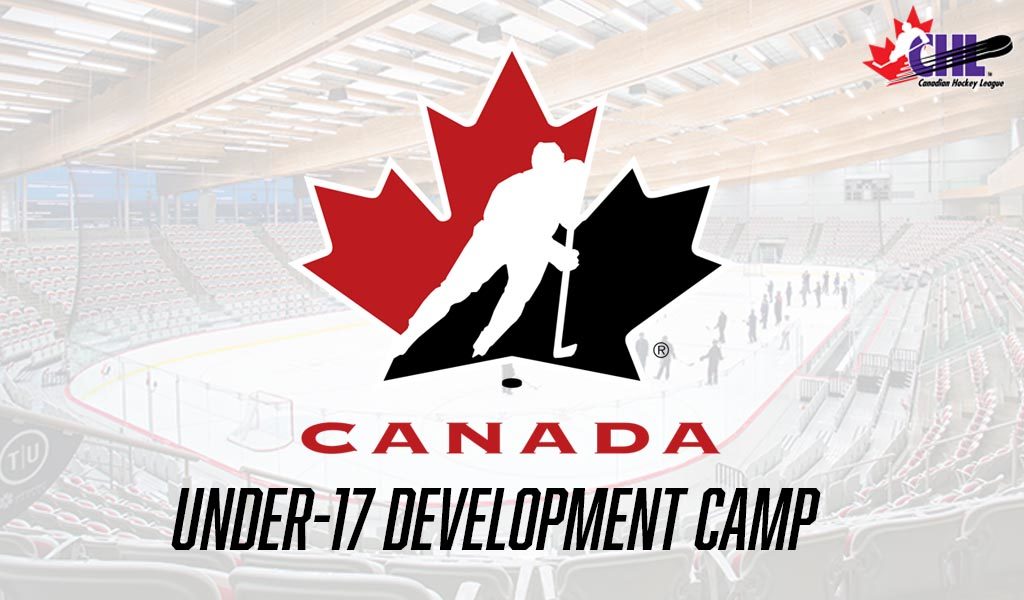 While much of the hockey world is on offseason hiatus, Hockey Canada head scout Brad McEwen and his team of dedicated talent evaluators will be spending plenty of time at the rink, tasked with identifying the players who will construct the rosters of its three national programs, beginning with the 2019 World Under-17 Hockey Challenge.

This week, 112 players head to Calgary to take part in Hockey Canada’s national under-17 development camp, a seven-day session that includes fitness testing, classroom studies, and on- and off-ice training, in addition to nine intrasquad games spread over three days. Tournament play is then scheduled for Nov. 2-9 in Medicine Hat, Alta., and Swift Current, Sask.

The process, however, began much earlier, when McEwen and his team at the Program of Excellence initially earmarked 112 invitees – 46 from the Ontario Hockey League, 41 from the Quebec Major Junior Hockey League, and 25 from the Western Hockey League – for this year’s development camp, with February’s Canada Winter Games serving as the starting point, while other regional events like the Western Canada U16 Challenge Cup, the OHL Gold Cup, and the QMJHL Gatorade Excellence Challenge also offered players an opportunity to impress talent hawks.

“Those are our primary evaluators because pretty much all the top kids are there and go through that process,” McEwen told the Canadian Hockey League. “That is kind of how the process evolves, then we put all our information together at year-end when we meet at the Memorial Cup with all of our regional scouts. We work away at it and whittle it down to 112. It’s quite a challenge but I think our process is really good.”

In all, the U17 camp is not only a showcasing for players, but it is also the first time to wear the Team Canada jersey and represent the Great White North on a national level. Adding to the magnitude is that the U17 is the first step in Hockey Canada’s host of programs, a list that includes the U18 Hlinka Gretzky Cup and the ever-popular IIHF World Junior Hockey Championship.

“The U17 is our foundation,” McEwen explained. “What this tournament does and what the camp does is not just evaluate skill and introduce them to our team identity, but we have criteria of what we’re looking for and that’s explained to the players. It’s about expectations when you put on that jersey, how you perform on-ice within our criteria and team identity, and how you carry yourself as a member of Team Canada. When kids come to events as they move through the program, they really understand the expectations.”

Intrasquad action at the U17 camp will count toward the assessment of players, as will the opening months of the 2019-20 CHL campaign before Hockey Canada announces its final selections in late October.

“When we move into the game component, that’s when the evaluation kicks in,” McEwen said. “It’s what we consider best-on-best, so it’s certainly some good information and it plays a major role in determining our three rosters. From the camp, we evaluate, we re-rank, and then our scouts get out early in the year and watch the players as much as possible. Our timeline is really tight but we certainly try to get out and get some more opinions and evaluations on the players before we make the teams.”

Among the players competing for a roster spot at this year’s camp are a trio of recent first-overall selections, including forwards Dylan Guenther (2018, Edmonton Oil Kings), Joshua Roy (2019, Saint John Sea Dogs), and Shane Wright (2019, Kingston Frontenacs), who became just the sixth player in CHL history to be granted exceptional status and the chance to compete in the OHL in 2019-20 as a 15-year-old.

“You don’t go first overall in your league without some fanfare and without being a really good player, so I think when those types of players come into the U17s, there is an expectation already,” McEwen detailed. “We don’t want to put on any added pressure but I think everybody looks to them for leadership, doing things the right way, and taking the information that is given and living it every day. In the past, we have had high-end players buy in to what we need to do to be successful as we go through the program.

“The interesting thing about this program is when you get the kids from their regions into one centralized national camp, I think everybody realizes that there are really good players, and even the ones who were first overall, you realize quick that I’ve got to perform and be consistent, and I’ve got to put it in every ice session because our depth in Canada is good. When they get within their peers nationally, it’s really competitive.”

An exceptional pick ☝️@KingstonFronts announce that 2004-born Shane Wright of @03DMF will be selected first overall in #OHLDraft.

Notably, the enthusiasm extends beyond the top-end talents and early draft selections.

“Every year at this camp it’s like opening a new present at Christmas time,” beamed McEwen, who is also involved with the U18 and U20 programs. “You’re always wondering how best-on-best looks and this is a first chance to really have a look at that. It really sets up how we look at the next three years in terms of our programs moving forward.”

When the U17 development camp kicks off Friday, it will begin a whirlwind month for the Hockey Canada crew, who after closing out the first camp on July 26 will then begin the process of selecting the U18 Hlinka Gretzky Cup team (with tournament action set to begin Aug. 5), as well as the U20 National Junior Team selection camp beginning the following day.

“I’m the head scout so I do all the personnel for all three of our programs in conjunction with several people,” McEwen said. “When you get the U17s, you can have a look and evaluate and speculate out. Then combining age groups, especially at the World Junior stage, is an exciting time to see how those age groups look.

“These are all really good players, and there are players we didn’t invite who are good players who probably at some point will jump back into the program. It’s competitive, we’re excited about the group that we’ve got coming in and seeing where they are at, and then kind of speculating where we can take this group down the road internationally.”

In the end, the final U17 squad will count 66 players across three teams – Canada Red, White, and Black – a new format introduced in recent years that has shifted the scope in viewing players from a regional to national perspective.

“It allows us a year earlier to get into the expectations, team identity, and to be very consistent in establishing the foundation so that these kids come into the three teams that move on to our U18 program and our U20 National Junior Team program,” McEwen said. “It really gives us an opportunity to get a little more consistency on how we need the teams to play and how the players need to understand that. Within the branches, they have done a tremendous job, but this brings them in under our umbrella sooner and we can start the process of the international game, which is really important.”