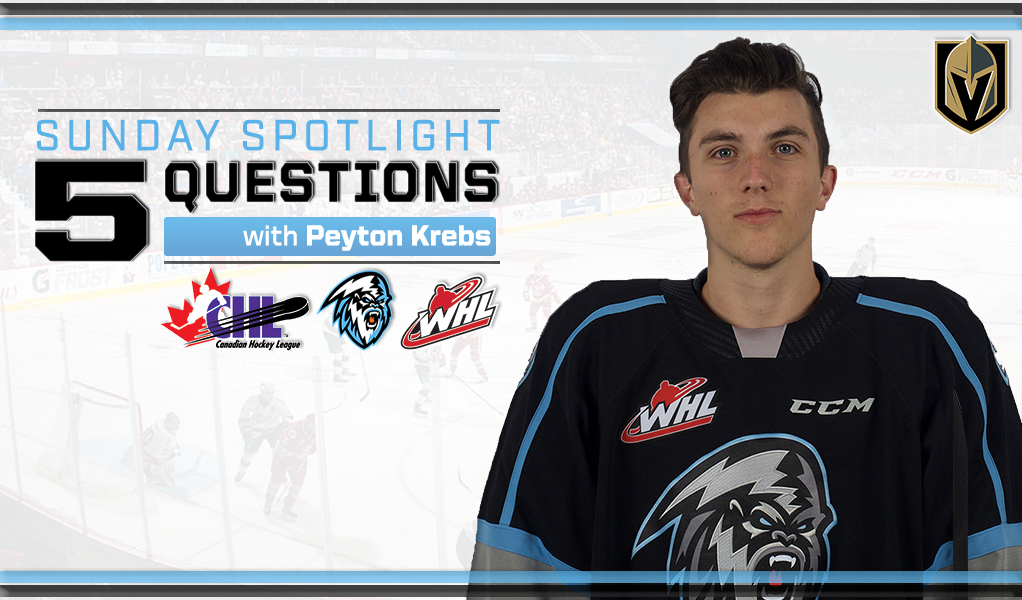 Peyton Krebs is finally back in action.

Following offseason surgery and an extensive recovery period as the result of an Achilles injury, the Winnipeg ICE captain returned to game action in mid-November. In the ensuing eight contests, the Vegas Golden Knights first-round pick has had an immediate impact, putting up two goals and eight assists for 10 points while helping his club pick up five victories over that stretch. While there is no doubting Krebs’ offensive talents, he’s also proven invaluable away from the puck, qualities that when combined with his scoring instincts make him a prime candidate to earn a spot with Team Canada at the World Juniors this Christmas.

Krebs recently chatted with the Canadian Hockey League about his offseason recovery, his play this season, what it’s been like to be a part of the WHL’s return to Winnipeg, inking his entry-level contract with the Golden Knights, and what it would mean to suit up for Team Canada on the national stage:

How does it feel to be back after missing the start of the season to injury?

It feels great! I think as a competitor and a hockey player missing out on the game you love is tough and something I don’t like to do. Getting back to Winnipeg and playing for the ICE is pretty special and I’m having a lot of fun with it.

Can you describe the extensive rehab process you went through to get back to full strength?

It was a long process from before the draft to after. I was thankful to be drafted by the Vegas Golden Knights and they allowed me to finish my rehab there. I was able to come back and be at full strength for the Winnipeg ICE and now I get a chance to play for the World Juniors and I’m really excited.

What’s it been like so far playing in Winnipeg?

It’s been excellent. Coming to a new city, and almost a new team it feels like, it’s been pretty special. I think the atmosphere and the energy has been great. I’m having a lot of fun with it and I can’t wait to see what our team can do.

How did it feel to be selected in the first round by Vegas and then just recently signing your entry-level contract?

It’s a dream come true. Obviously with my Achilles it was a little different in the way that I could barely walk up the stage, but I got up there, and it was a special moment for my family and me. I’m going to remember that for the rest of my life. Obviously signing a contract is one step of the milestone to making the NHL and is definitely cool but I’m looking forward to being able to lace up and put on a Vegas Golden Knights jersey one day.

What would it mean to represent Canada at World Juniors?

It would mean everything. I think from when I was a baby until now I’ve watched the World Juniors at Christmas and it would be a dream come true to play on that team and play with the best players in Canada.