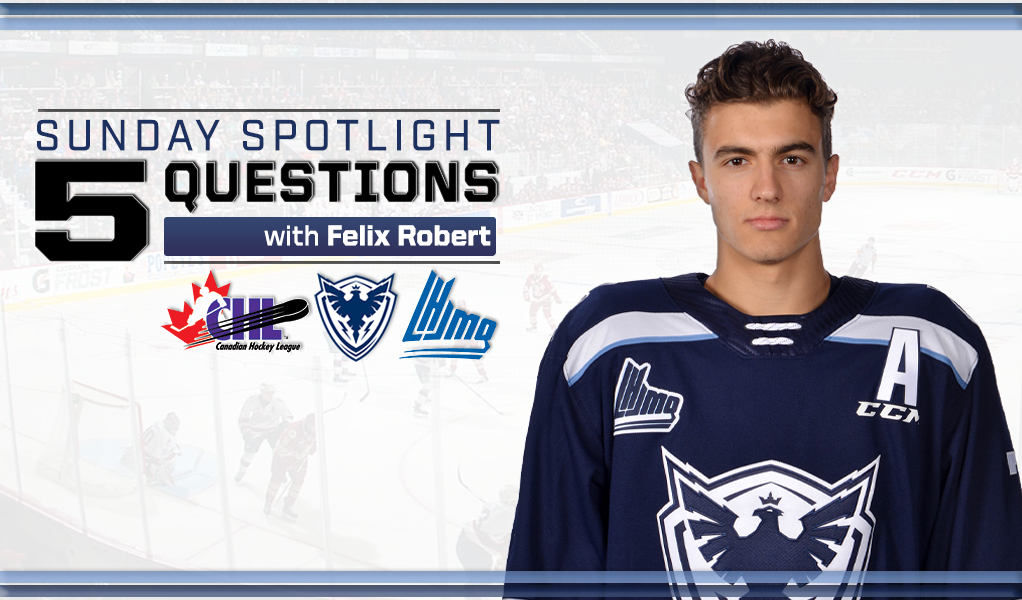 Felix Robert did everything he could to make his last Canadian Hockey League season count.

The graduating overage forward from the Sherbrooke Phoenix led the league’s top ranked team in scoring while setting a franchise record with 92 points in just 46 games which also included a franchise record 16-game point-streak. His total featured an impressive 36 goals and 56 assists and tied for first among the CHL’s entire 1999-born class. It has also earned him MVP consideration as a finalist for the QMJHL’s prestigious Michel-Briere Trophy.

A 20-year-old from  Lac-Mégantic, QC, Robert spent his entire QMJHL career with the Phoenix, joining the club as a free agent prior to the 2016-17 season. He played in 219 career regular season games while accumulating 81 goals and 135 assists for 216 points which ranks second on the team’s all-time list.

Robert recently took time to reflect on what was a truly special season in Sherbrooke.

When you reflect on the season what made the Phoenix such a special team?

What can you say about your personal success and being a finalist for the Michel Briere Trophy?

For sure I’m really flattered to be a finalist for the Michel-Briere Trophy, and also I’m really happy about my season, but I’m just disappointed we couldn’t go through with the playoffs.

What are some of your most memorable moments over four seasons in Sherbrooke?

This year with the Phoenix we had so many memorable memories but I think what this year special was the bond between the boys. Every day we came to the rink with all smiles on our faces and I think that’s what made my year so special.

What are your goals for next season when hockey returns?

For now I’m still waiting to hear about North American hockey, and if that’s not coming I’m going to go and play at the University of Moncton.