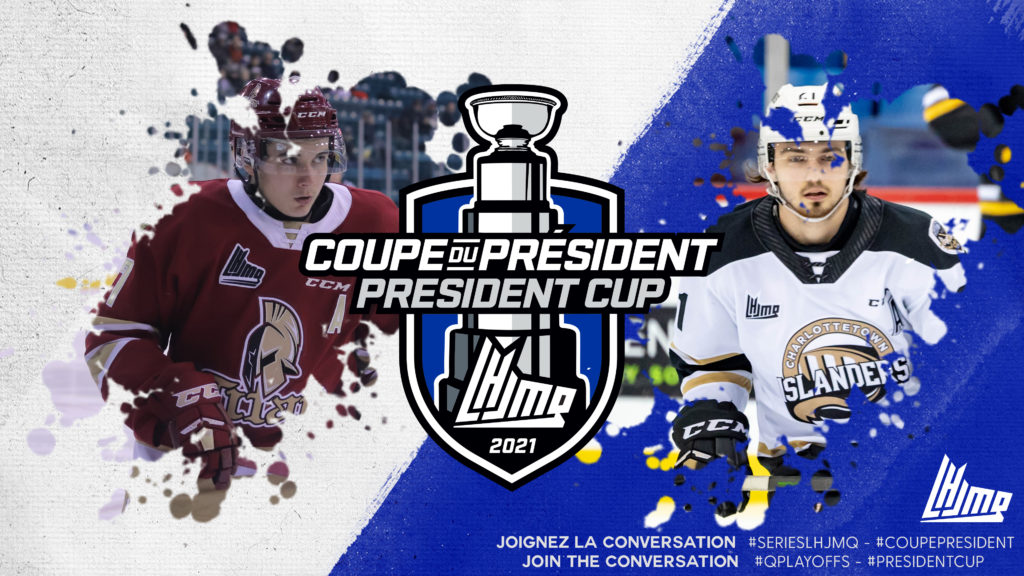 The top team in the QMJHL prepares to take on the lone survivor from New Brunswick in a neutral-ice clash. The Charlottetown Islanders and Acadie-Bathurst Titan begin their best-of-five series on Saturday in Shawinigan.

The Islanders, who were awarded a bye in the opening round of the President Cup playoffs, completed the regular season with an impeccable 35 victories in 40 tries. Despite a skewed schedule, the Isles made it a year to remember thanks to extraordinary performances up and down the lineup. The top of the regular season scoring table was exclusive property of the squad thanks to a league best 42 goals and 78 points from veteran Cedric Desruisseaux. He was followed by Thomas Casey, Brett Budgell and league-leading defensive point getter Lukas Cormier. Complimenting Cormier on the blueline were Noah Laaouan and William Trudeau, both of whom set career highs for points despite the shortened season. In nets, Colten Ellis closed out the regular season portion of his “Q” career by posting a 23-1 record while setting new league records for single season GAA (1.78) and career shutouts (18).

The Titan advance to the second round for the first time since their Memorial Cup winning campaign in 2018. Sophomore Riley Kidney led all scorers with 12 points in the three-team round robin with the Saint John Sea Dogs and Moncton Wildcats. Mathieu Desgagnes and Bennett MacArthur also continued their strong play from the regular season, the latter leading the first round with six goals. On the back end, Adam McCormick and Jaxon Bellamy rose to the occasion while Jan Bednar strung together winning performances between the pipes. Overtime goals by Bellamy and Ben Allison in the club’s final two games helped the Titan finish with a 4-2 record in the round robin and an invitation to round two.

Due to public health protocols and border restrictions, the two clubs have not faced one another since October 31st, their only head-to-head matchup of the campaign. On that night, each of the Isles top four scorers noted above found the back of the net during a 4-1 victory in Bathurst. This will be the third playoff encounter between the two organizations. The Titan earned back-to-back first-round victories in 2006 (six games) and 2007 (seven games) when their divisional rivals were still known as the PEI Rocket.

WHL
RE/MAX WHL Play of the Year: Matchup #3 – Gauthier vs. Nielsen
17 hours ago