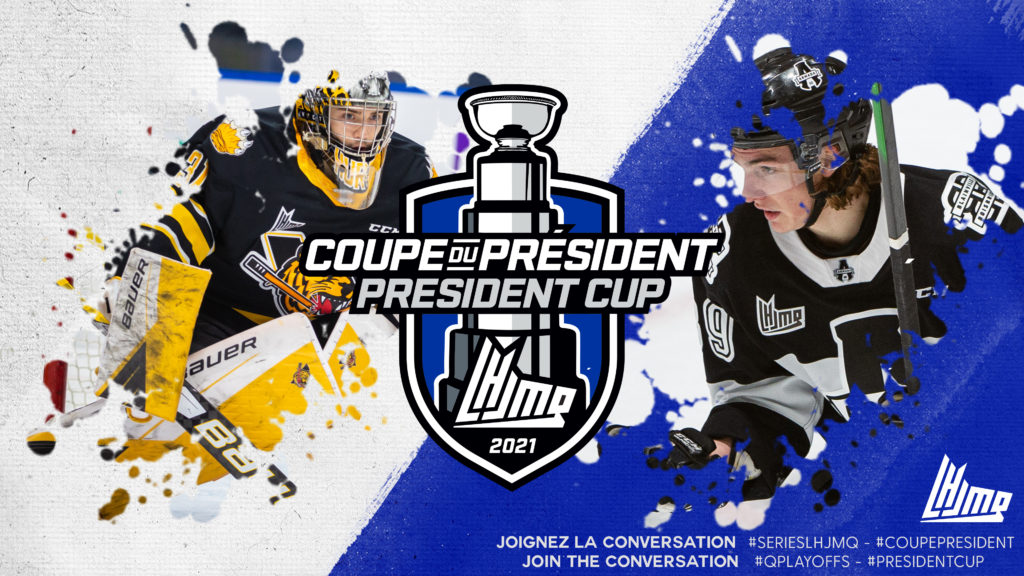 For the first time in their respective histories, the Blainville-Boisbriand Armada and Victoriaville Tigres will clash in postseason play. The best-of-five President Cup Quarter-Final series gets underway Saturday in Quebec City.

The Armada overcame a Game 1 loss to record three straight victories over the Gatineau Olympiques in the opening round. In a scenario similar to the regular season, scoring for the Armada was spread out, with Mathias Laferriere, Simon Pinard and Miguel Tourigny all tying for the team lead with five points apiece. Veteran Luke Henman’s three goals topped the squad in that department. Besides Tourigny, the blueline was bolstered in part by mid-season acquisition Christopher Merisier-Ortiz and the typical, steady play of Samuel Desgroseilliers. It was in net where the club rewrote the script as rookie Charles-Edward Gravel, who entered the postseason with seven career QMJHL games to his credit, was given the nod to start Game 2 and responded with three straight wins and an impressive 2.00 GAA for the series.

The Tigres swept the Rouyn-Noranda Huskies in a series that was closer than the win column would indicate. Toronto Maple Leafs draftee Mikhail Abramov was the clear difference maker in the series, registering eight points. Both of his goals in the opening round were game-winners, including the series clincher in a 1-0 Game 3 overtime triumph. Also leading the way were mid-season acquisitions Benjamin Tardif and Shawn Element along with veteran blueliner Sean Larochelle. Between the pipes, Nikolas Hurtubise emerged from the series with the playoff lead in GAA (1.66) as well as his first career QMJHL playoff shutout, a 20-save performance in the aforementioned clinching contest. This is the third straight playoff appearance in which the Tigres have qualified for the second round of play.

Not only have the two clubs never faced each other in postseason play, they’ve only opposed one another once during the 2020-21 regular season. Back on November 17th, the Armada rode a 3-0 first period lead to an eventual 5-1 victory.