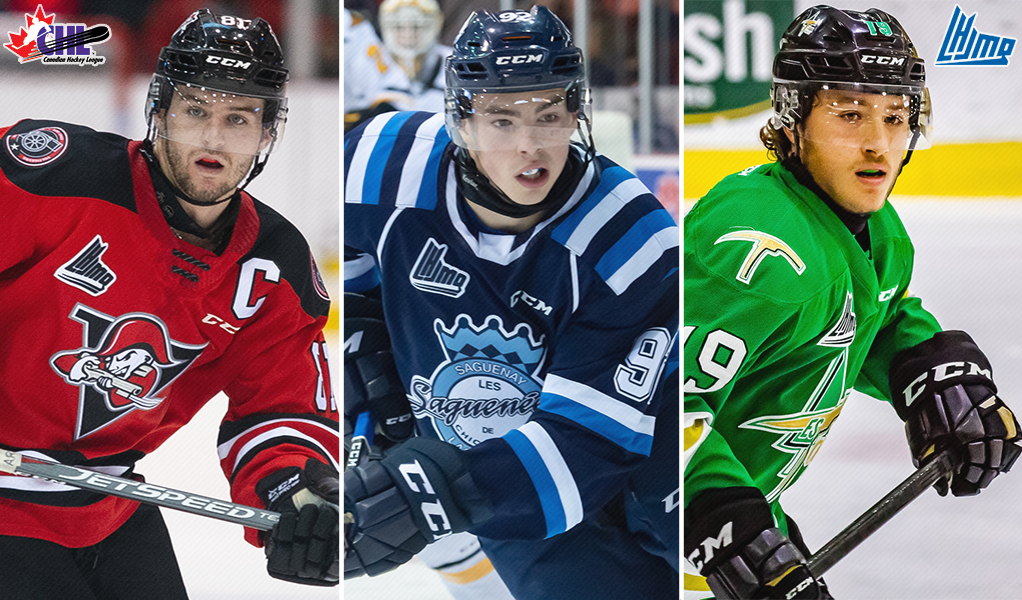 It’s been a September like no other in Canadian Hockey League history.

While the COVID-19 pandemic has delayed the expected start dates for the Western Hockey League and Ontario Hockey League, the Quebec Major Junior Hockey League is preparing for regular season play beginning October 2 having just completed a 48-game exhibition game schedule on Saturday.

Even though we all continue to adapt to many new ways of the world, it’s great to have hockey back.

Here’s a closer look at 10 things worth noting from the action so far.

All 18 QMJHL teams played between four and seven exhibition games against nearby rivals. While nobody went undefeated, the Val-d’Or Foreurs were the only team to collect five wins amassing a 5-1-0-0 record played entirely against their Abitibi neighbours the Rouyn-Noranda Huskies. Newly acquired and appointed captain Jakob Pelletier, a Calgary Flames first round choice in 2019, picked up five assists in his first five games in green. The Victoriaville Tigres and Sherbrooke Phoenix followed closely with 4-1-0-0 marks.

The aforementioned Sherbrooke Phoenix finished the 2019-20 CHL season as the top ranked team holding a franchise record 51 wins and 106 points while riding a 13-game winning-streak when play was paused in March. That streak continued with four-straight victories to open pre-season including a pair against the Drummondville Voltigeurs, one over the Gatineau Olympiques, then a split series with the Blainville-Boisbriand Armada. Captain Samuel Poulin, who earned an extra look with the Pittsburgh Penguins this summer, scored three times in three games.

The Charlottetown Islanders were the league’s only team to average more than five goals-per-game producing 27 in five contests. What began with one and three ticks in losses to the Moncton Wildcats turned into nine and 10 goal outbursts in wins over the Acadie-Bathurst Titan then four tallies in a victory over the Halifax Mooseheads. Eight different Islanders had multi-goal pre-seasons including overage forward Thomas Casey with four goals in three games.

The Rimouski Oceanic got it done on defence surrendering a league-low five goals in four games. They opened the month with a shutout win over the Quebec Remparts before allowing two goals in a rematch loss, then gave up three in a loss to the Tigres but followed that performance up with a shutout in the rematch. Raphael Audet, who played 17 games last season, was perfect in his 121:35 of action over three games stopping all 63 shots he faced.

5. Robidas is one to watch

Justin Robidas led the entire pre-season in scoring with 10 points counting five goals and five assists. The Plano, Texas, born forward spread his scoring out over all six games highlighted by a four-point performance on September 13. The Foreurs first round pick, second overall, in 2019 finished ninth in scoring among rookies last season with 43 points in 57 games and will be among the league’s top prospects for the 2021 NHL Draft.

Lukas Cormier (1-6) and Noah Laaouan (2-5), both of the Islanders, finished with seven points apiece in three games to lead all rearguards in scoring and sit tied with teammate Thomas Casey for the league lead at 2.33 points-per-game. Cormier returns for his third QMJHL season and awaits his name to be called in the 2020 NHL Draft where he’s the 32nd ranked North American prospect. Laaouan enters his fourth QMJHL campaign and recorded a career-high 30 points last season in Charlottetown.

Eight of the league’s 18 teams gave the crease to a 2000-born overage goaltender in at least one pre-season contest. The veterans who saw action include Lucas Fitzpatrick (Baie-Comeau), Colten Ellis (Charlottetown), Alexis Shank (Chicoutimi), Cole McLaren (Halifax), Dakota Lund-Cornish (Moncton), Thomas Sigouin (Quebec), Zachary Emond (Rouyn-Noranda), plus Creed Jones and Daniel Moody (Saint John). Shank is the most seasoned of the group with 136 appearances over four years with the Sagueneens.

8. Second round selections set the tone

Five of the 10 rookies to record five or more points in exhibition play were 2020 QMJHL Entry Draft choices. Of note, three were second round selections including Justin Cote (Drummondville) and Dylan Andrews (Acadie-Bathurst) who both had six points in five games, followed by Sam Oliver (Charlottetown) with five points including four goals in five games. A pair of first round picks including Jordan Dumais (Halifax) and Yoan Loshing (Moncton) also had five points produced in four and five games respectively.

One of the most intriguing players entering the 2020-21 season and the 2020 NHL Draft is Sagueneens forward Hendrix Lapierre. The first overall QMJHL pick in 2018 is a projected first round NHL talent ranked 13th by NHL Central Scouting despite playing just 19 games last season while dealing with concussions and a spinal injury. The 18-year-old from Gatineau returned to action and looked to be in fine form in pre-season competition recording four goals and four assists for eight points in four games.

The most productive returning player from the 2019-20 season is Drummondville Voltigeurs captain Xavier Simoneau who finished fifth in scoring and was an MVP finalist with 89 points in 61 games. Without skipping a beat the reigning CHL Humanitarian of the Year picked up seven assists over five games to lead his club in exhibition scoring. This sets the stage for what should be another big season for the 19-year-old who hopes to hear his name called in the 2020 NHL Draft.

Yanic Duplessis may not have been part of QMJHL pre-season action on the ice, but that didn’t stop the Voltigeurs prospect from making a difference. The 17-year-old selected in the ninth round of the 2019 draft recently revealed that he was gay. By coming out publicly the Saint-Antoine, NB, native, who has received an outpouring of support, hopes to become a positive influence for other athletes who may be going through similar personal struggles.

Yanic Duplessis, who was drafted by the QMJHL's Drummondville Voltigeurs, hopes to make it a little easier for others to step forwardhttps://t.co/j1jZAuPbgx

Yanic Duplessis hopes to inspire the hockey community by coming out. 🏳️‍🌈 #HockeyIsForEveryone

"This was a brave act by a courageous young man."@DavidAmber and @Burkie2020 on why Yanic Duplessis' coming out story is an inspiration to many and how the QMJHL can support him. #YouCanPlay pic.twitter.com/VVpP5bdD71

Hockey is for everyone.