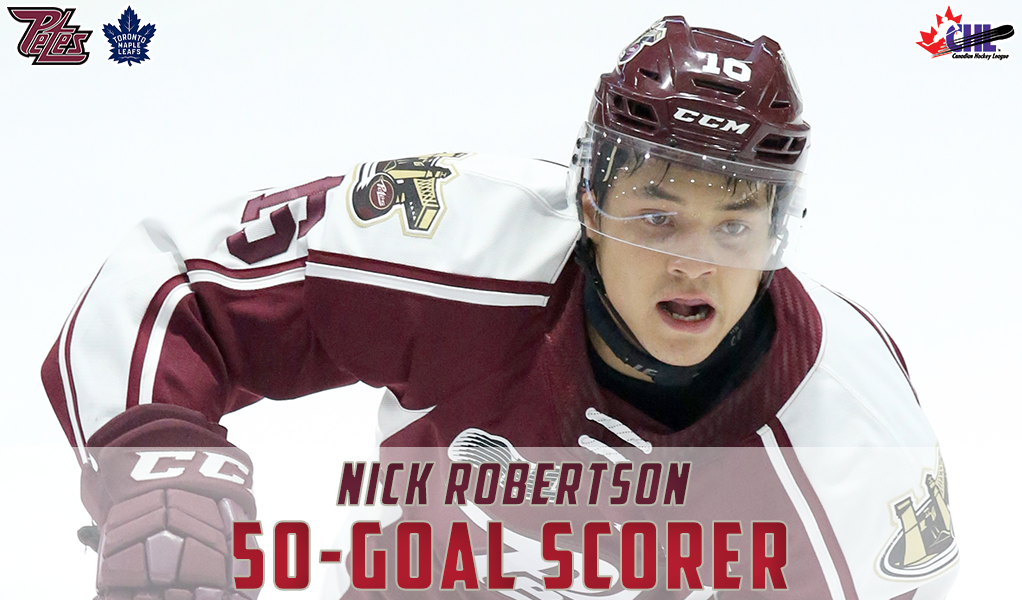 The Toronto Maple Leafs prospect hit the major milestone thanks to a three-goal effort in Sunday’s 6-1 win over the Barrie Colts, doing so in his 43rd game this season.

Skating in his third season with the Petes, the Michigan native is having a breakout campaign, already topping his previous career high of 55 points set last season. In all, the 2019-20 campaign has seen Robertson notch 76 points, including 14 nights where he has recorded two or more goals.

In hitting the 50-goal mark in his 43rd game, Robertson is the fastest OHL scorer to do so since Dane Fox of the Erie Otters evened those totals during the 2013-14 season. For comparison, the most recent QMJHL player to achieve the feat faster was Thomas Beauregard of the Acadie-Bathurst Titan who scored 50 in 39 games during the 2006-07 season, while in the WHL it was former Calgary Hitmen star Pavel Brendl who also scored 50 in 43 games back in 1998-99. The OHL’s all-time mark belongs to former Detroit Junior Red Wings forward Pat Peake who scored 50 times in his first 33 games in 1992-93.