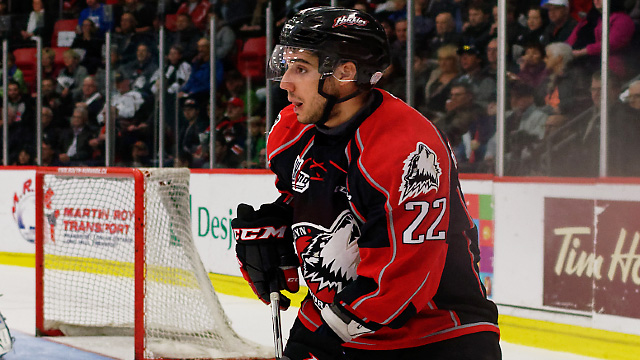 Toronto, ON – The Canadian Hockey League today announced that forward Peter Abbandonato of the Rouyn-Noranda Huskies is the CHL Player of the Week for the week ending January 28 after recording seven points in two games including two goals and five assists with a plus-minus rating of plus-7.

Abbandonato’s back-to-back multi-point performances helped the Huskies win two games improving their record to 29-12-5-3 which ranks tied for fourth overall in the QMJHL standings.  On Friday night he scored the game’s opening goal against the Victoriaville Tigres then assisted on Alex Beaucage’s game-winner leading to a 4-1 decision.  He scored the opening goal again on Sunday, his 15th of the season, then added four assists for a new career-high five points against the Val-d’Or Foreurs earning second star honours in the 10-1 win.

A 19-year-old from Laval, Quebec, Abbandonato is playing in his third season with the Huskies who selected him in the second round of the 2014 QMJHL Entry Draft.  The 2017 CIBC Canada Russia Series captain for Team QMJHL now has 51 points in 49 games and is just four goals, one assist, and five points shy of new personal bests in all offensive categories.

Also considered for the award this week was Edmonton Oilers prospect Kailer Yamamoto of the Spokane Chiefs who scored six goals and four assists for 10 points in four games, and Los Angeles Kings prospect Gabriel Vilardi of the Kingston Frontenacs who scored three goals and six assists for nine points in three games.