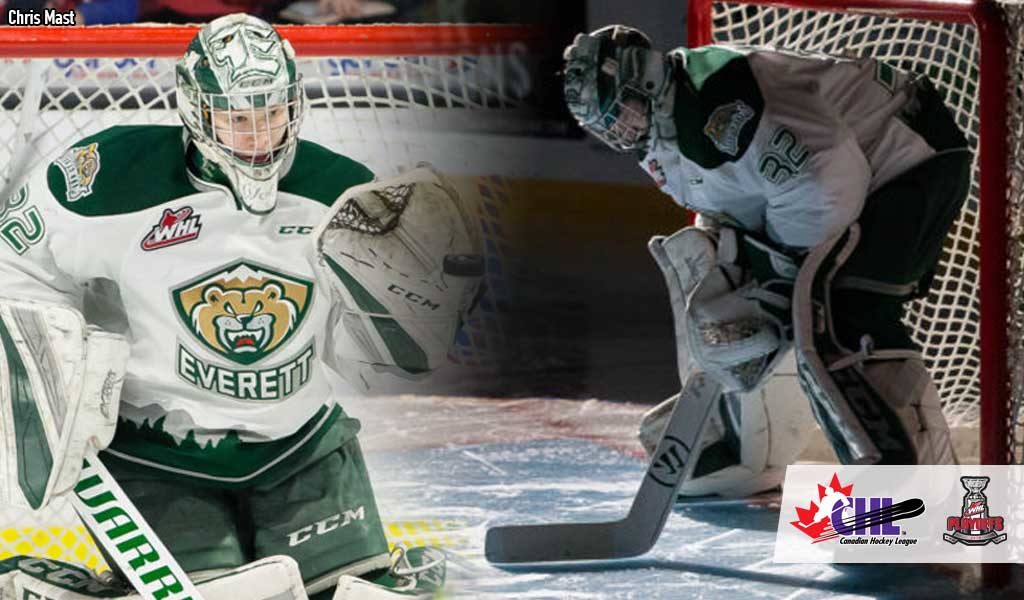 Dustin Wolf has been a wall for the Everett Silvertips.

Wolf’s latest recognition comes after he notched back-to-back victories to help guide the Silvertips to a 4-1 series final versus the Tri-City Americans. In all, he suffered a lone loss in the series, with the Americans requiring extra time in Game 3 before finding the win column, while Wolf ultimately concluded the quarter-final with a dazzling 1.60 goals-against average and .937 save percentage.

“(Wolf) has been really solid,” Silvertips head coach Dennis Williams told Joshua Horton of the Everett Daily Herald. “You could tell, after we lost (Game 3) in overtime, he has a different approach about it. He wants to get right back in there. He wants the next game. I think our ‘D’ and forwards did a good job of not giving up much, but we do give up quality shots from time-to-time – that’s the name of the game – and Wolfie’s always there. I thought he had a really good series.”

The California native is the latest budding netminder to shut it down in the blue paint for the Silvertips, following in the footsteps of 20-year-old Carter Hart, who before beginning his pro career with the Philadelphia Flyers’ organization this season set a record when he became the first two-time winner of the CHL Goaltender of the Year award.

But the crease in Everett now belongs to Wolf, and it’s seemingly been an easy transition, as in just his second WHL season the netminder finished first in three categories league-wide – wins, save percentage, and goals-against average – while his seven shutouts trailed only Prince Albert’s Ian Scott, who finished 2018-19 with eight perfect games.

Wolf’s regular-season success has now carried over to the playoffs, his first true postseason appearance after seeing just nine minutes of playoff action last spring. Meanwhile, his success on the road in Tri-City also followed through to the postseason, as the opening-round series saw Wolf record his third shutout in the rival arena this year after he put together a 24-save performance in Game 4 to notch his career-first WHL playoff shutout.

“I’ve had good luck in that building. Going into that, I knew that and I think (I was) comfortable in that environment,” Wolf told Horton. “I think my game has been pretty strong in the last part of the season and in (the) playoffs here.”

In addition to his many accolades, Wolf’s performance this season has put him on the radar for the 2019 NHL Draft, with Central Scouting’s midterm report ranking him 17th among North American netminders, while his continued dominance between the pipes should only help his stock with scouts come June.

In the meantime, all of his attention is on the postseason. After ousting the Americans in five games, Wolf and his Everett teammates now face the U.S. Division rival Spokane Chiefs in the second round and will look to advance beyond the semi-final for the second-straight season.

The second round of the Canadian Hockey League postseason begins this weekend when the Everett Silvertips will go head-to-head with the Spokane Chiefs. For complete WHL playoff preview coverage, click here.