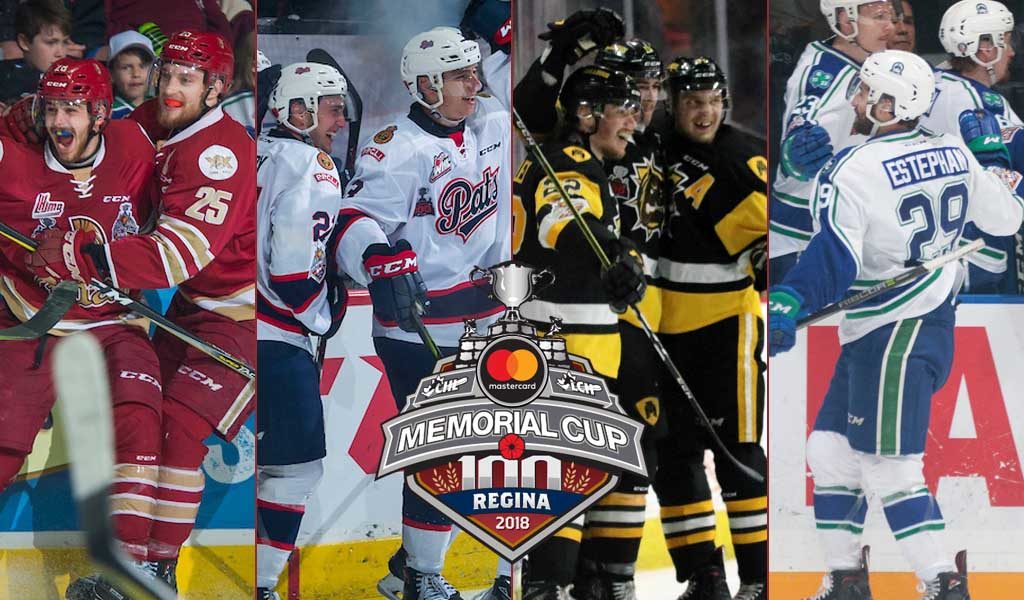 Six games, five of which were decided by one goal while the lone outlier included a late empty-netter. Fans in Regina were treated to one of the closest round-robin segments in the history of the Mastercard Memorial Cup this past week as the host Pats, Swift Current Broncos, Hamilton Bulldogs and Acadie-Bathurst Titan made the centennial celebration one to remember.

Rivalling other close round-robin segments in 2009 (Rimouski), 2008 (Kitchener) and 2005 (London), the games were very close and featured no shortage of offence with Game 3 between Regina and Acadie-Bathurst including 14 goals between the two clubs before Wednesday’s round-robin finale between Regina and Swift Current featured 11.

Goaltending was also a strength at various points. The WHL champion Swift Current Broncos may be headed home after finishing 0-3, but goaltender Stuart Skinner turned in a performance to remember. The Edmonton Oilers prospect made 54 saves on Monday, the most at the event since 2008, but was unable to backstop the Broncos to victory as they fell to Hamilton by a score of 2-1.

It’s the first time since 1999 in Ottawa that three different teams wrapped up the round-robin with 2-1 records, setting the stage for what’s sure to be a hard-fought semi-final on Friday when the host Pats take on the Hamilton Bulldogs, a club they defeated 3-2 to start the tournament last Friday.

Regina’s offence features tournament scoring leader Sam Steel who has a goal and 10 assists for 11 points in three games. He’s been able to connect with Colorado Avalanche prospect Nick Henry who has five goals, two assists and seven points. Together the two have helped Regina put together the tournament’s best power play, currently operating at 41.7% (5-for-12).

The Bulldogs have surrendered an event-low six goals backed by the goaltending of Detroit Red Wings prospect Kaden Fulcher (2.01 GAA, .931 SV%). The trio of Robert Thomas (2-1–3), Benjamin Gleason (1-2–3) and Brandon Saigeon (0-3–3) has led Hamilton offensively. The Bulldogs advancing to semi-final play marks the 12th straight year an OHL team has managed to do so.

The Acadie-Bathurst Titan punch their ticket directly into Sunday’s Championship Final as a result of having the best goal differential, outscoring opponents 14-12. The Titan have been led by captain Jeffrey Truchon-Viel with nine points (3-6–9) while linemate Samuel Asselin leads the club with four goals. On the back end, top 2018 NHL Draft prospect Noah Dobson leads tournament defencemen in scoring with seven points (2-5–7).

In possession of last change, the home team won five of the six round-robin contests with the exception of Regina’s win over Swift Current.

The Pats will be the home team once again on Friday when they take on the Hamilton Bulldogs for a chance to advance to the Mastercard Memorial Cup Final. Catch the action across the country on Sportsnet and in the United States on NHL Network when the puck drops at 8:00pm MT/10:00pm ET.