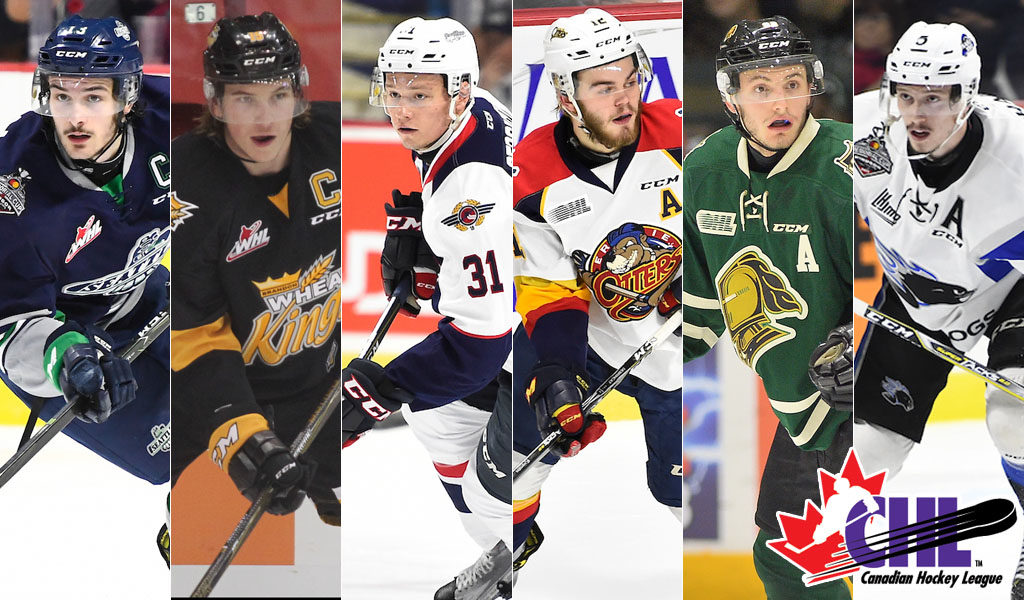 As the Canadian Hockey League season spills into March and playoff races heat up from coast-to-coast, several of the league’s stars from last spring are thriving in the next step of their young careers.

One need only glance at the NHL’s rookie scoring leaders to see Mathew Barzal’s name appear first on the list. The New York Islanders centreman is a Calder Trophy candidate with 69 points (18-51–69) in 67 games. His 51 assists are currently the second-most by a rookie in Islanders franchise history second only to another WHL graduate in Bryan Trottier during the 1975-76 season. Barzal has recorded three different five point games this season, a feat no rookie has achieved in 100 years.

“Early on you’ve got to get used to the speed and find your game,” he told Andy Eide of ESPN Seattle regarding the transition to the NHL. “At that next level you’ve got to think a little bit quicker. I think once I picked up the speed of the game I was bale to play more my style.”

Barzal’s name has been a prominent one for some time. The first overall pick of the 2012 WHL Bantam Draft rose to stardom with the Seattle Thunderbirds, leading them to their first WHL Championship last spring while earning Playoff MVP honours.

Continuing the past champions theme, Ottawa Senators defenceman Thomas Chabot (5-12–17) has worked his way into the lineup as an NHL regular after splitting time in the AHL to start the season. Chabot led the Saint John Sea Dogs to a President Cup title last spring, earning QMJHL Playoff MVP honours in the process.

“He came in this year on a mission,” Boucher told the Ottawa Sun’s Bruce Garrioch. “It wasn’t just being comfortable, it was (also) being hungry. It was being a pro, really. He had seen it the year before and he was there early at the rink.

“That’s what he is right now. He’s early at the rink, he’s late coming off the ice, he does all the extra tasks.”

The 2017 OHL Champion Erie Otters have also made contributions to the NHL landscape this season, sending three-time 50-goal scorer Alex DeBrincat (22-19–41) up to the Chicago Blackhawks where he continues to do what he does best.

Otters teammate Anthony Cirelli, best known for scoring the overtime winner for the Oshawa Generals at the 2015 Mastercard Memorial Cup, scored his first career NHL goal in his debut this past week. The Tampa Bay Lightning forward was never drafted to the Ontario Hockey League, perservering to earn a reputation as ‘Mr. Clutch’ during his time in Oshawa and Erie.

“It was an unbelievable experience, just being out there and being in the NHL,” Cirelli told TampaBayLightning.com’s Bryan Burns of his debut in Dallas. “Playing the game, it was a lot of fun out there. To get a goal is something I’ll always remember for the rest of my life.”

Lightning teammate Mikhail Sergachev (8-23–31) is another past champion excelling in his rookie season. The Russian rearguard helped the Windsor Spitfires defeat Cirelli’s Otters to hoist the Memorial Cup on home ice last spring.

Sergachev currently sits second in points by a rookie defenceman, rewarding the Lightning for acquiring him from the Montreal Canadiens in a deal that saw former Mastercard Memorial Cup champion Jonathan Drouin go the other way last June.

Other 2017 CHL grads making their presence felt include 2017 second overall NHL Draft pick Nolan Patrick (10-10–20) of the Philadelphia Flyers. The former Brandon Wheat Kings cornerstone and 2016 WHL Champion has been productive of late, scoring five goals over his past eight games for a Flyers club that has picked up the pace in the Metropolitan Division.

2016 Mastercard Memorial Cup champion and recent Canadian World Junior gold medalist Victor Mete (0-7–7) of the Montreal Canadiens also made the jump as a 19-year-old. Rather than return Mete to the London Knights following his World Junior duty, Canadiens GM Marc Bergevin brought the swift-skating blueliner back to the NHL where he’s played close to 20 minutes a night of late.

Playoff time is fast approaching in the Canadian Hockey League, setting the stage for another wave of the NHL’s stars of tomorrow to step up in pursuit of the 100th Mastercard Memorial Cup set to take place in Regina, SK from May 17-27.