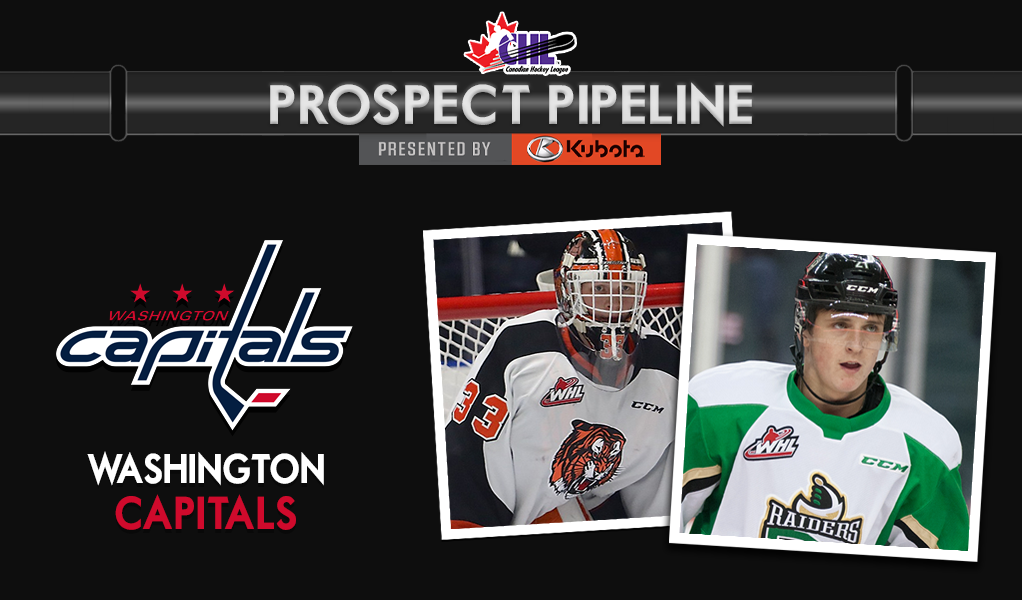 An athletic goaltender with a sizable frame, the Medicine Hat Tigers netminder took command of the top-job duties this past season following two campaigns of playing the understudy. Through 18 appearances in 2020-21, Bjorklund came away with a winning record coupled with a 2.60 goals-against average and .921 save percentage that both ranked amongst the league’s best for goalies who saw as much time in the blue paint. A first-round selection from the 2017 WHL Draft, the Grand Prairie, Alta., native has seen 48 career contests with the Tigers, while also earning opportunities internationally, highlighted by the 2018 World Under-17 Hockey Challenge where as part of Team Canada Black he notched two wins in as many starts and impressed with a 2.42 goals-against average and .919 save rate. Bjorklund, 19, was chosen by the Capitals in the sixth round of last summer’s NHL Draft.

Congratulations Garin Bjorklund on being drafted in the 6th round by the Washington @Capitals pic.twitter.com/r1V8BaL34Y

A solid two-way defender with intriguing upside, Has was originally chosen by the North Bay Battalion in the 2019 CHL Import Draft and ultimately played a lone game with the franchise before later joining the Guelph Storm. With the Storm, the 2019 fifth rounder saw a total of 20 appearances in which he flashed his offensive potential in collecting six assists while earning greater responsibility as the season progressed. Beginning the past season on loan in his native Czech Republic with the tier-two HC Benatky nad Jizerou, the 2001-born rearguard also joined his countrymen at the World Juniors for the second year running, picking up one point through five tournament games.

We sat down with Martin Haš to discuss his hockey journey. Read more. ⬇️🗞https://t.co/3Wum51OEdD pic.twitter.com/7SUXUS6KKV

An elite point producer, Lapierre has demonstrated his high-end playmaking abilities over each of his three seasons in the QMJHL since being chosen by Chicoutimi atop the league’s 2018 Entry Draft, beginning with a dominant freshman campaign in which he neared point-per-game production in registering 13 goals and 32 assists across 48 appearances to earn recognition as the QMJHL’s Offensive Rookie of the Year in addition to a spot on the league’s All-Rookie Team. Limited to 19 appearances as a sophomore, the 2002-born centre still managed to put up a successful showing in collecting 17 points along the way before ultimately hearing his name called by the Capitals in the opening round of the 2020 NHL Draft. Lapierre then returned for the recently completed campaign where through 21 contests he finished second in team scoring with 31 points before adding another five goals and seven assists through nine playoff games. Joining the Acadie-Bathurst Titan in an end-of-season deal, Lapierre’s time in the junior ranks has totaled 88 appearances in which he has amassed 23 goals and 70 assists for 93 points. A native of Gatineau, Que., Lapierre helped Canada to the silver medal at the 2019 Hlinka Gretzky Cup after notching 11 points in just five outings.

Zdeno Chara made his NHL debut a little more than four years before Hendrix Lapierre was even born.

A talented two-way centre who excels at both finding the back of the net and setting up his linemates, the London Knights forward recorded a career-high 102 points in 2019-20, making him one of just six players from the CHL to reach triple-digit production and helping him to earn a spot on the OHL Second All-Star Team. That successful showing also capped a year in which the 20-year-old native of Ajax, Ont., put up seven points in as many games with Team Canada at the 2020 World Juniors en route to a gold-medal championship. A 2019 first-round selection by the Capitals, McMichael made his NHL debut with the club in late January, recording one shot in nearly 10 minutes of ice time, while he spent the remainder of the year competing on loan with the AHL’s Hershey Bears. In the minor-pro ranks, McMichael approached point-per-game production as he collected 14 goals and 13 assists through 33 contests to finish first in team scoring, while he was later recognized as part of the AHL All-Rookie Team. Originally chosen by Hamilton with the 11th pick in the 2017 OHL Priority Selection, McMichael’s time with the Bulldogs and Knights has totaled 179 games in which he has registered 91 goals and 99 assists for 190 points.

A hulking forward, the Prince Albert Raiders centre brings desirable hockey sense mixed with high-end playmaking skill. A first-round selection from the 2018 CHL Import Draft, the 2001-born forward put together a solid first season with the Raiders in which he accumulated 40 points through 61 appearances before adding another 12 goals and 10 assists in 23 playoff contests to help the club capture the WHL playoff championship. Protas then doubled up as a sophomore as he racked up a team-leading 80 points across 58 outings, good for ninth in league-wide scoring in addition to a spot on the WHL Eastern Conference First All-Star Team. Competing on loan for the past season with the KHL’s Dinamo Misk, Protas registered 18 points through 58 games before later returning to North America as part of the AHL’s Hershey Bears where he collected two goals and five assists over 16 outings. A 2019 third-round selection by Washington, the past year also saw Protas join his native Belarus at the World Championship where he picked up two assists in six games.

For the final award in the 2019-20 Year-End Awards Presented By @GWBrewingCo, the winners of the Orland Kurtenbach Award as Most Valuable Player Presented By @lakecountrycoop are… 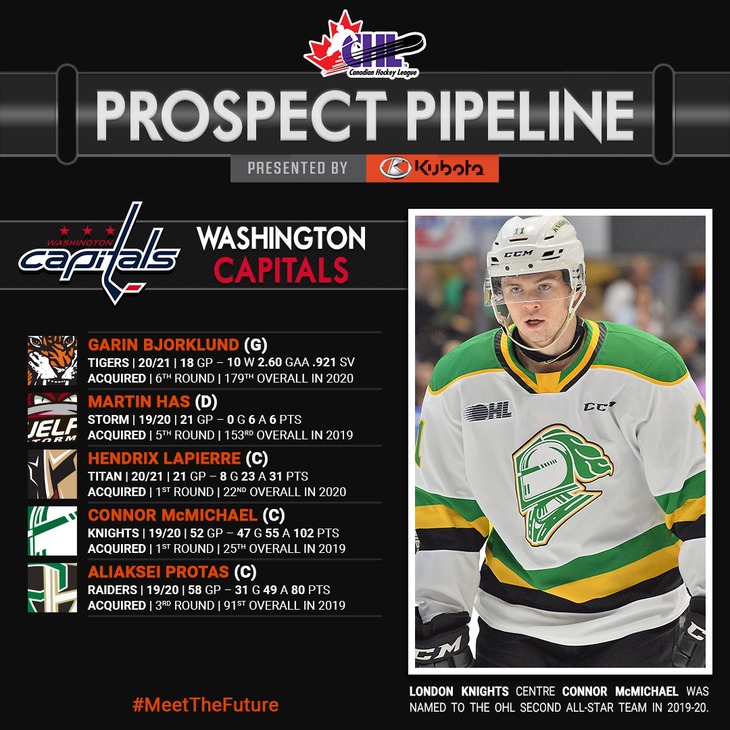