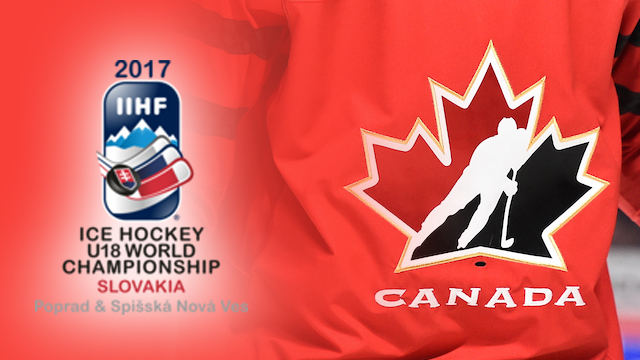 SPISSKA NOVA VES, SLOVAKIA – Sweden was one step ahead of Canada the entire game, eventually taking a 7-3 victory in quarter-final action at the 2017 World Under-18 Hockey Championship.

Matthew Strome (Hamilton Bulldogs), MacKenzie Entwistle (Hamilton Bulldogs) and Maxime Comtois (Victoriaville Tigres) scored goals, but the Swedes would prove to be too much, outshooting Canada 34-28 as Jacob Olofsson scored twice and defenceman Erik Brannstrom had a goal and an assist.

Entwistle was named Canada’s Player of the Game, finishing the tournament with a team-leading seven points including four goals and three assists.

The quarter-final loss marks the second straight year Canada has failed to medal at the World Under-18 Hockey Championship after four straight podium appearances from 2012-15.

Finland edged the Czech Republic 6-5 in other quarter-final action while Russia takes on Slovakia and the United States battles Switzerland.

Canada finishes the event with an overall record of 2-1-0-2.