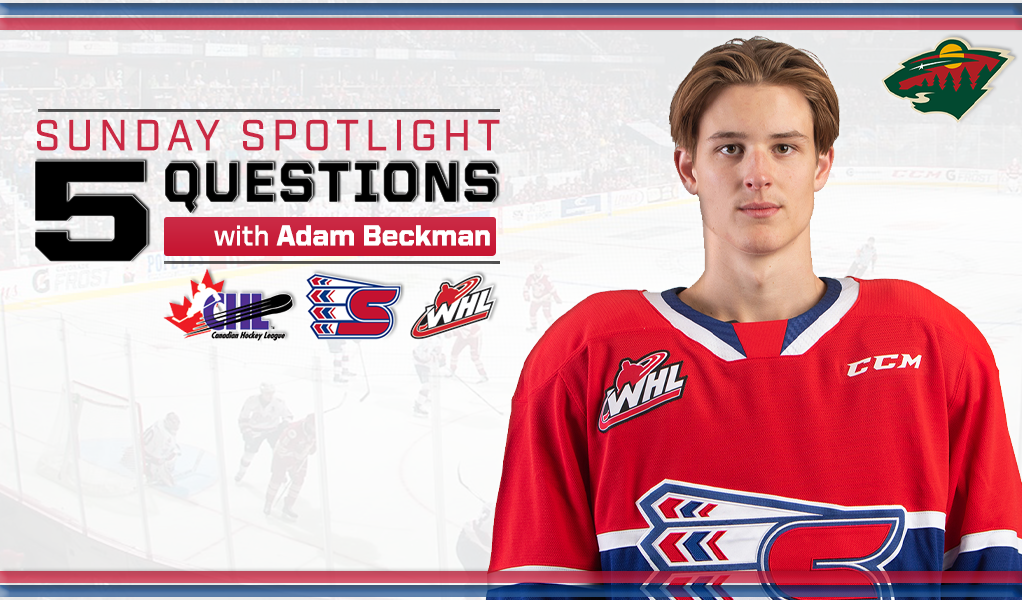 Adam Beckman sure knows how to deliver an encore.

The Spokane Chiefs forward had a breakout rookie season in 2018-19 with 62 points in 68 games only to return and lead the WHL in scoring with 84 points including 39 goals through 50 games of the 2019-20 campaign.

In between, the 18-year-old from Saskatoon, SK, was selected by the Minnesota Wild in the third round of the 2019 NHL Draft and attended his first pro camp.

Beckman chatted with the Canadian Hockey League about his strong season so far and some of the pro experiences that have helped him along the way.

Back in September did you ever think that leading the WHL in scoring was a possibility?

I try not to think about stuff like that. I think I just kind of want to develop as a player and keep working hard. If the results come that’s what comes but that’s all I’m kind of focused on right now.

What part of your game has developed the most to bring you this success?

I think the biggest thing is just trying to develop as a full 200-foot player is kind of something that I really need to work on. I think I’ve grown a lot over the last couple of years but that’s something I still need to work on.

What’s the most memorable performance you’ve had in your two seasons with the Chiefs?

I think I go back to, I think it was Game 4, against Portland in the playoffs last year. We scored a goal with like 30 or 40 seconds left in the game to force it into overtime and then we won the game in overtime. That was pretty exciting. A pretty surreal feeling.

Was there a player at Minnesota Wild camp that you learned a lot from?

I don’t think there is a particular player. I think all of them. You can take a lot from each player and that’s what I did. I learned a lot from all the different professional hockey players and how they approach the game.

How much do you stay in contact with the Wild and what’s been their message to you?