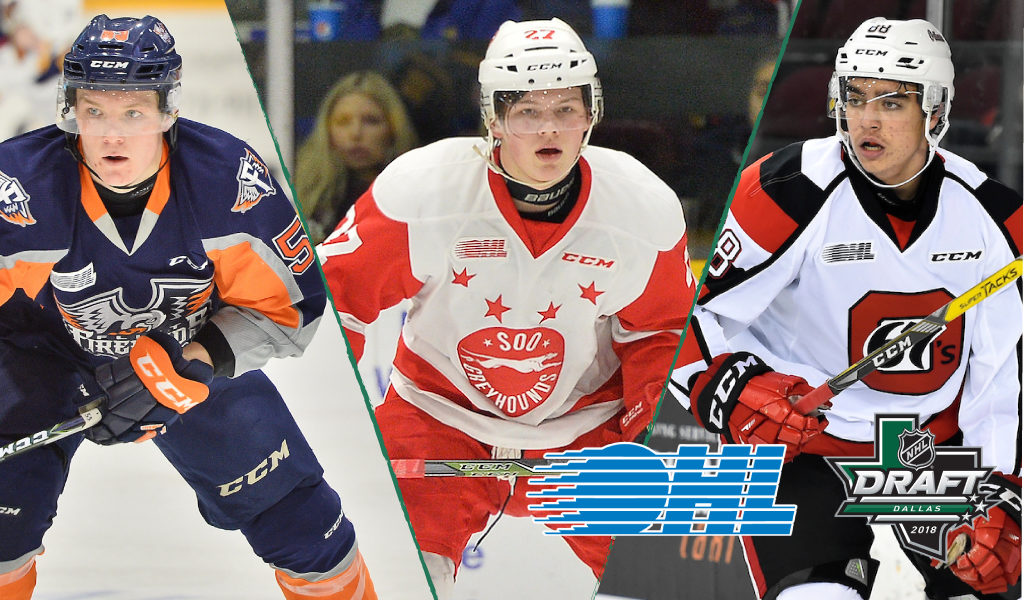 The Ontario Hockey League has plenty to be proud of entering weekend festivities in Dallas with 11 players ranked inside the top 31 on NHL Central Scouting’s Final North American Draft List. Perhaps more impressive are the numerous high academic achievers hoping to hear their names called in the Lone Star State, a testament to the league’s emphasis on striving for success both on and off the ice.

Modeling his game after well-rounded Boston Bruins centre Patrice Bergeron, Hayton strives to play responsibly in all three zones while continuing to contribute offensively as he did this season with 21 goals, 39 assists and 60 points in 63 games.

“[Bergeron] is a player whose example I try to follow and use to create some improvements in my game,” Hayton told Guillaume Lepage of NHL.com in March. “I would describe myself as a complete 200-foot player with offensive abilities. I like making plays and I use my intelligence and skills with the puck to create opportunities.”

While Hayton is the league’s shining example of on and off-ice excellence, the OHL features a number of other sought-out prospects that were named to the 2017-18 OHL Scholastic Team as players nominated for the Bobby Smith Trophy.

Flint Firebirds centreman Ty Dellandrea comes in ranked 25th in North America and has established himself as a model student-athlete and leader in the Flint community. The sophomore gradually raised his game throughout the season, earning the admiration of Firebirds head coach Ryan Oulahen in the process.

“He became a different player,” Oulahen remarked of Dellandrea’s play following the club’s decision to trade veterans Nicholas Caamano and Ryan Moore to the eventual OHL champion Hamilton Bulldogs in late November. “He became a more physical force, somebody that started to develop time and space for himself and really just became dynamic, did a lot of pretty neat stuff on a night-to-night basis.”

Big 6-foot-6 blueliner Kevin Bahl of the Ottawa 67’s was also named to the OHL Scholastic Team and comes in as the 29th ranked North American skater. Bahl, who has blogged about his draft eligible experience over at NHL.com throughout the season, had solid performances in both the CIBC Canada Russia Series as well as the Sherwin-Williams CHL/NHL Top Prospects Game.

The big number 88 took the opportunity to discuss his excitement about the 2018 NHL Draft in his latest blog entry.

“I’ll be going to the draft with my family in Dallas,” he wrote. “It’s an exciting time. It’ll be a more exciting version of the OHL draft since you’re going to be right there, watching it live. It’s really going to be special and I’m looking forward to getting to Dallas.”

In addition to these top names, here’s a complete look at OHL players ranked for the 2018 NHL Draft this weekend in Dallas.