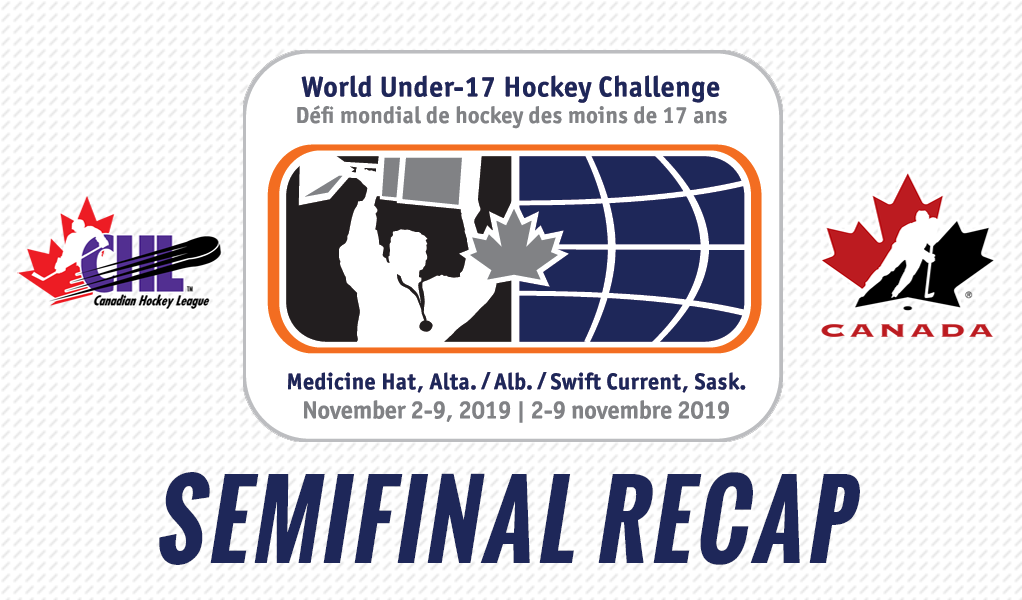 Semifinal action was underway Friday at the 2019 World Under-17 Hockey Challenge:

Canada White finished on the wrong side of the scoreboard in Friday’s semifinal at the 2019 World Under-17 Hockey Challenge that saw the United States come away with a 7-3 victory.

Trailing 5-0 early in the middle frame, Canada White then got on the scoresheet courtesy of an unassisted power play marker by Victoriaville Tigres prospect Guillaume Richard. The tally failed to spark momentum however as the United States cashed in with another pair before Richard could add his second of the game, again coming on the man advantage, at the 19:00 mark of the third period. Canada would then capitalize once more 38 seconds later thanks to Gatineau Olympiques prospect Charles-Alexis Legault, who cut the Americans’ lead to 7-3.

“We’ll feel sorry for ourselves for the next 15 minutes and then we are going to press the reset button,” Canada White head coach and Halifax Mooseheads assistant coach Sylvain Favreau said following the contest. “If you look at the tournament as a whole, we are the only Canadian team in contention for a medal tomorrow. We have to make sure we reset and get ready to play tomorrow. We have to take the positive out of this, take the good with the bad and learn from it for the bronze medal game.”

Canada White will have little time to dwell on the hard-battled loss at the squad returns to the ice Saturday for a bronze medal showdown against the Czech Republic. 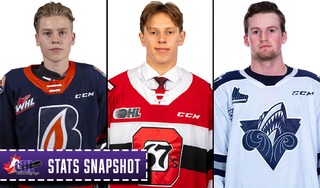