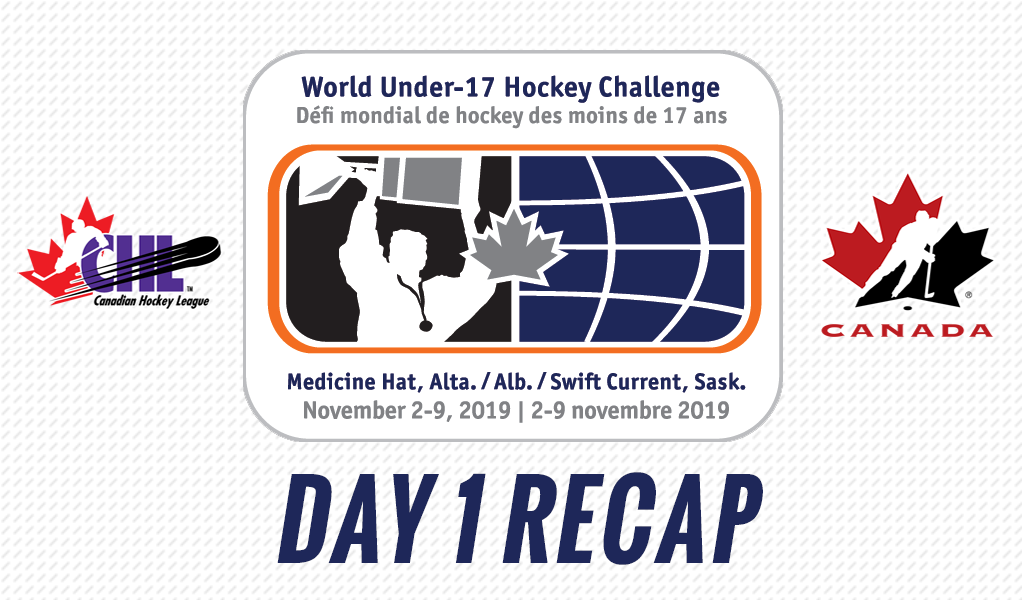 The puck dropped for the 2019 World Under-17 Hockey Challenge on Saturday with a pair of contests on the docket:

The Great White North started on a high note in defeating the rival Russians by a 4-3 score.

“It’s nice to have success early, and I thought we really came together as a team tonight,” Stankoven said in a statement following the victory. “We got up 3-0 and they were able to score two quick ones, but we held them off.”

Canada Red returns to the ice Monday to face off against Sweden.

In a contest that guarantees a winner from the Great White North, Canada Black came away victorious 6-5 over Canada White on Saturday.

Starring for Canada Black was Kingston Frontenacs rookie Shane Wright, who stole the show with a hat-trick plus one assist, while Flint Firebirds left-wing Brennan Othmann also impressed with a three-point effort counting one goal and two assists. Additionally, Gatineau Olympiques centre Zachary Dean finished the night with a two-goal performance including the overtime winner.

“All the countries here are well represented with a lot of great players, so the intensity is going to be ramped up a notch above most games I have played in before,” Wright said in a statement following the victory. “Our game tonight was fast and physical, and it was fun to play against such good competition.”

Despite coming out on the wrong end of the scoreboard, Canada White received strong performances from several CHL talents, including Peterborough Petes centre Mason McTavish and Medicine Hat Tigers centre Cole Sillinger, who each finished with two goals.

Canada Black returns to action Monday against the Czech Republic while Canada White faces the United States later in the day.