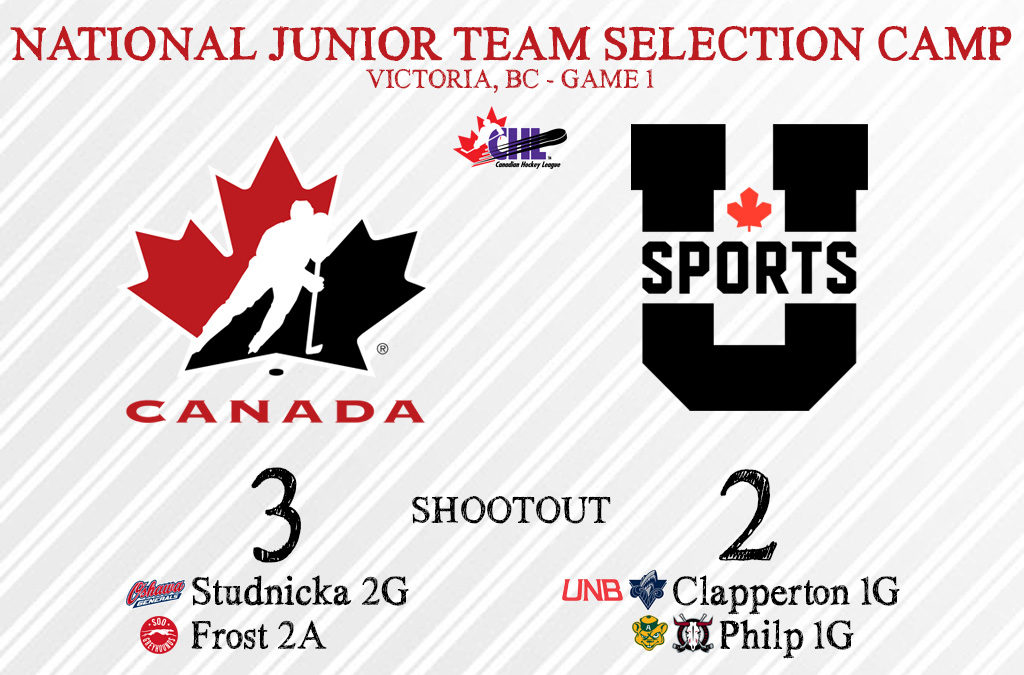 Canada’s National Junior Team hopefuls took a 3-2 victory over the U SPORTS All-Stars in a shootout marathon at the Q Centre in Victoria, BC.

The first of three matchups between the two sides saw Jack Studnicka (Oshawa Generals) scored twice in regulation before Shane Bowers netted the deciding goal in the ninth round of the shootout.

“It was our first game together with the line combinations and being together in general,” Studnicka said following the win. “I think we gelled pretty good, they played a fast game and we matched the high tempo. Coming out on the winning side that’s a good feeling going into tomorrow. For the next two games, we just have to stick to the plan, make better decisions with the puck at some times, but keep playing at a high pace, high tempo. Tim wants to be a fast team and I think that’s our biggest attribute – our speed.”

“I liked the speed, I liked the skill. The goaltending was really good at both ends,” Canadian World Junior head coach Tim Hunter (Moose Jaw Warriors) remarked following the victory.

The two sides meet again on Thursday in Victoria, BC when the puck drops at 9:00pm ET/6:00pm PT.

OHL
OHL Mourns the Loss of Fred Stanfield
21 hours ago