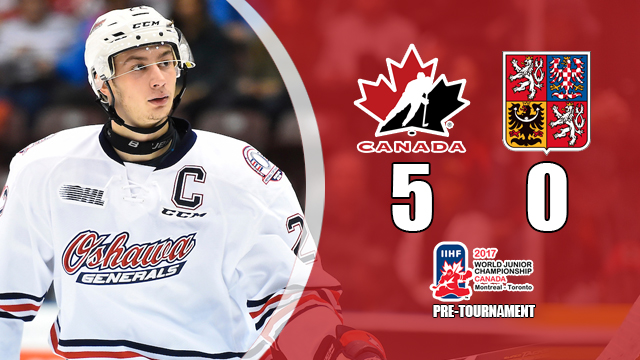 Canada was limited to just one shot in the third period, but made it count as Cirelli buried his second of the night at 14:09 to cap the 5-0 win.

“Overall, we were better than Monday [against Finland],” said Canada head coach Dominique Ducharme (Drummondville Voltigeurs). “We took fewer penalties, [and] were more consistent through all 60 minutes. We aren’t yet perfect, but we’re happy with how we’re progressing.”