With injury woes behind him, Lapierre ready to represent Team Canada 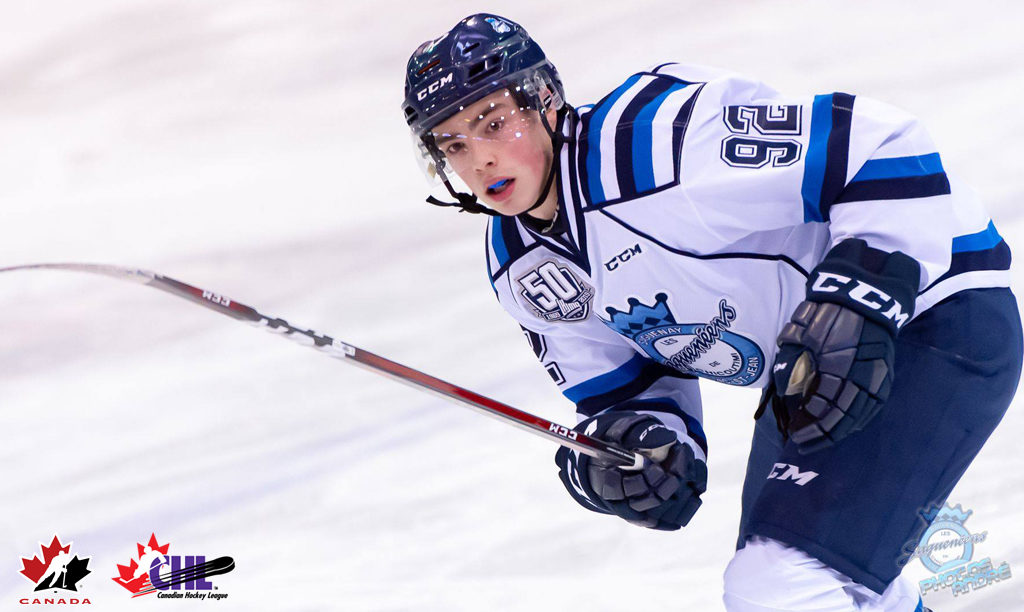 Team Canada will shoot for its third-straight gold medal win at the 2019 Hlinka Gretzky Cup.

With a bit of luck, Chicoutimi Sagueneens forward Hendrix Lapierre, one of 41 Canadian Hockey League invitees attending this week’s U18 development camp, hopes to be a part of the tournament-bound squad when the puck drops Aug. 5 in Czech Republic and Slovakia.

A native of Gatineau, Que., the budding playmaker comes ready with a solid foundation following his involvement in last year’s U17 camp that he paced in scoring with one goal and five assists for six points in three appearances with Team Canada Gold.

“I think last year they really taught us how to be professional and to play the Canadian way,” Lapierre told the Canadian Hockey League. “That’s always what they talk about when we play with the Canada logo, so hopefully we can bring that to this camp.”

A year ago, Lapierre’s camp performance earned him a spot on the final roster at the 2018 World Under-17 Hockey Challenge before an unfortunate injury forced him to the sidelines as the tournament neared. While that was undoubtedly disappointing for Lapierre, he is excited for the chance to make his long awaited debut on the national stage next month.

“When you’re a kid, you dream about playing for Canada,” Lapierre detailed. “I remember the 2010 Winter Olympics when Sidney Crosby scored the game-winning goal. I was watching and had chills. I was like, ‘One day I want to wear that Team Canada logo.’ Obviously it’s pretty special to represent your country, and there is a little bit of pressure, but it will be really fun.”

With the very 1st pick of the #QMJHLDraft, the @SagueneensLHJMQ are proud to select – HENDRIX LAPIERRE of the @Lintrepidegat! pic.twitter.com/2GJBWAb5wF

Meanwhile, the 2019 Hlinka Gretzky Cup also offers Lapierre, a top prospect eligible for the 2020 NHL Draft, his latest chance to play before talent evaluators. Notably, those eager scouts come with plenty of positive notes already following Lapierre’s formidable freshman season with the Sagueneens that saw him put up 13 goals and 32 assists in 48 games, good for a 0.94 points per game ratio that ranked second among QMJHL rookies.

“Everything I was expecting from junior, it was there,” said Lapierre, the first overall selection in the 2018 QMJHL Entry Draft. “The guys were really nice. Even though we were rookies, we weren’t treated like rookies – they treated us equally. It was really fun in Chicoutimi and I really enjoyed it. I couldn’t ask for a better place.

“I had good teammates so they really helped me this year to learn the league. The guys are bigger and faster, but I think I adapted pretty well. I think last year’s summer camp really helped me because it gave me a little bit of confidence before going into the season.”

Should Lapierre see a similar benefit from the 2019 Hlinka Gretzky Cup, it will be an added bonus. Given his past success, there are no plans to alter his approach at this year’s camp.

“I am just going to be myself on and off the ice. I like to joke around off the ice, having fun with the guys, and on the ice I want to get better each and every day,” Lapierre added. “I think last year I made a lot of progress, not just me, but our team too. I am going to enjoy it as much as I can.”