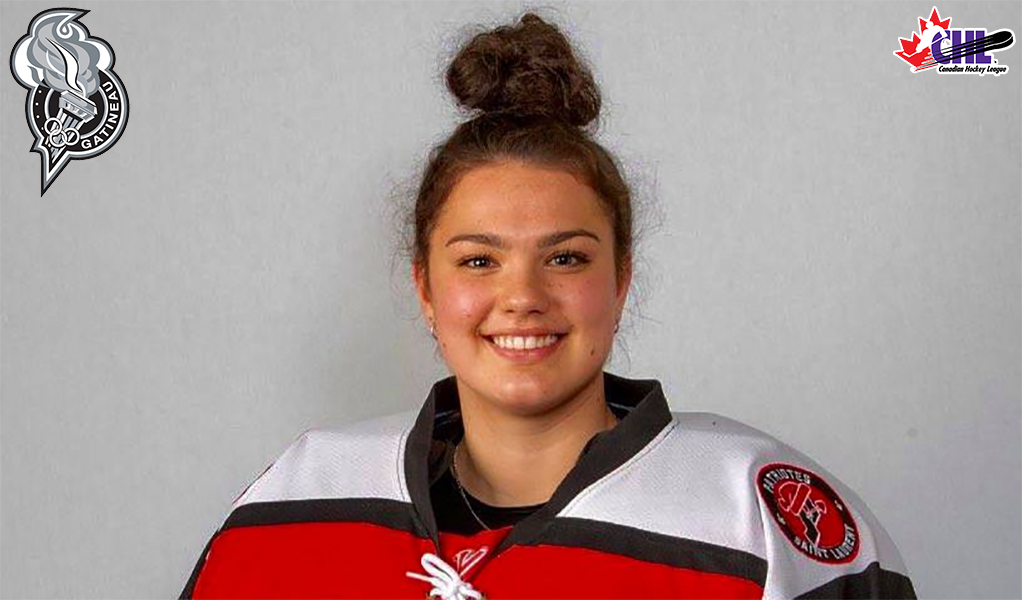 Eve Gascon has always been a trendsetter.

After becoming the first female athlete to play midget triple-A hockey in Quebec three years ago, the 18-year-old budding goaltender was back in the spotlight in August as she joined training camp on invitation with the QMJHL’s Gatineau Olympiques.

“It is an honour for us that Eve has agreed to participate in the camp,” Olympiques general manager and head coach Louis Robitaille said in a statement. “She has shown in the past that she can compete at any level. Her pedigree is amazing. She will have the chance to show all her talent during the camp.”

Although it was a short stay with Gascon committed to the University of Minnesota-Duluth for 2022, the native of Terrebonne, Que., made the most of it, doing so following success on the international stage highlighted by a four-game showing with Team Canada at the IIHF U18 Women’s World Championship in which she came away with three victories coupled with a 1.39 goals-against average and .938 save percentage to help the Great White North to a silver-medal finish.

The Gatineau Olympiques announce that goaltender Ève Gascon will participate at the team's camp.🏒♠️

“We had her on our radar last year,” Robitaille added. “When it came to the training camp roster, we wanted to bring another goalie to make sure we had good depth and competition. I felt Eve would be a great selection. She was just coming off a great camp with Hockey Canada. We were really honoured and excited to have her accept our invitation and make Gatineau one of the stops on her hockey dream.

“In our first intrasquad game, you could tell she was a bit nervous at the start but after a couple of shots, she seemed to calm down and kept her team in the game. I am happy for her that she had a good first outing. Let’s not kid ourselves, there was pressure there. She is playing really well and showing that she deserves to be here.”

Added Gascon, whose most recent play came in 25 appearances with the Collège Esther-Blondin Phénix as a second-year midget in 2019-20, “I had no idea (the Olympiques were interested). I was just getting back from Hockey Canada camp and was not really thinking about it, especially after not being drafted the last two years. I was very excited to receive this invitation.”

The presence of @gascon_eve at the @OlympiquesGAT development camp certainly has people talking, but it's her performances that have been turning heads! 🙌

Gascon’s story comes following a historic offseason in the Canadian Hockey League where the Sarnia Sting called upon female netminder Taya Currie in the 2021 OHL Priority Selection, making her the first female drafted into the OHL.

“Charlene has been so great to me,” Gascon concluded. “She has been very important to my life. She told me to enjoy the moment and to stay in the present and just keep working hard. She knows that I should be here and not just for the (publicity).”

Added Robitaille, “We hoped there would have been more in that time span (since Labonte was in the QMJHL). With the increased visibility of women’s hockey in recent times, maybe we will see more in the coming years. Eve’s here proving she can hold her ground with the guys on our team. Hopefully it will open up more opportunities.”