The Week That Was – Ushering in a new era in Portland 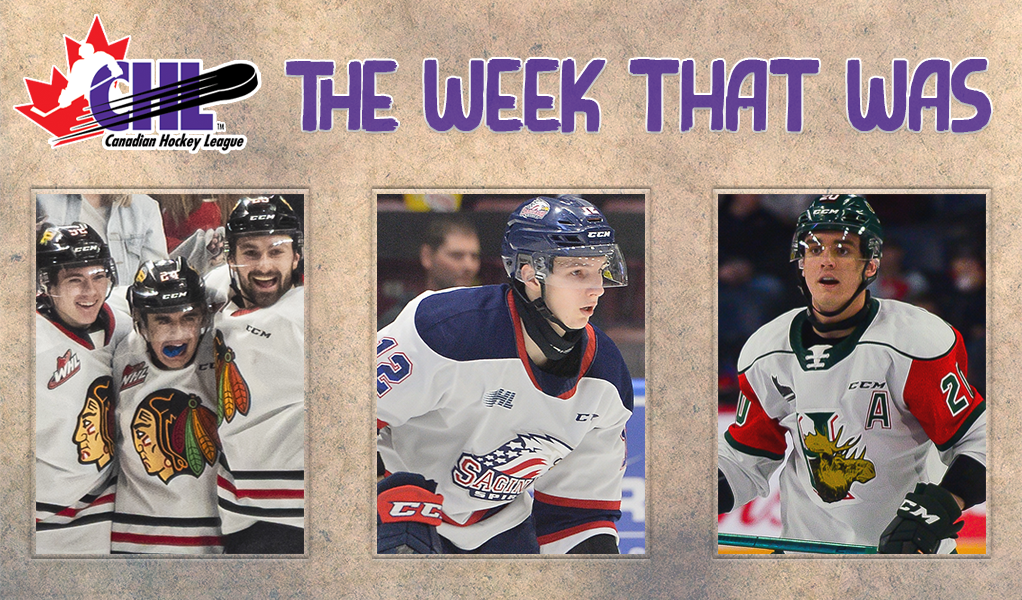 There is renewed optimism in Portland.

Held by Winterhawks Sports Group, the club will be co-managed by Michael Kramer, owner and CEO of Ducera Partners, a New York-based investment boutique, as well as Kerry Preete, a retired executive formerly of Monsanto whose hockey resume includes a two-year playing career in the SJHL from 1977-79.

“We are excited to inject our experience in both hockey and business to push this franchise to new heights,” Kramer said in a statement. “We are committed to this team, to the fans, the city of Portland, and to the local hockey community.”

On the ice, the two-time Memorial Cup champion Winterhawks are in pursuit of their third national title following past victories in 1983 and 1998, in addition to three Ed Chynoweth Cup wins as WHL playoff champions, with the most recent coming in 2013.

“(Kramer and Preete) are perfectly suited to be the next stewards of the Portland Winterhawks and continue our tradition of success,” added team president Doug Piper. “Their love of hockey and business acumen will help lead us to prosperity as we enter our 45th year in the Portland market.”

Joining the WHL in 1976, the Winterhawks have produced several NHL talents over the years including three-time Stanley Cup champion and Hockey Hall of Fame inductee Marian Hossa as well as current NHL stars Ryan Johansen of the Nashville Predators and Seth Jones of the Columbus Blue Jackets.

Away from the rink, it’s been a busy offseason for the Saginaw Spirit.

On Friday, defenceman Mason Millman became the latest Spirit product to ink his entry-level contract, landing a three-year agreement with the Philadelphia Flyers who originally chose him 103rd overall in the 2019 NHL Draft.

A native of London, Ont., Millman reached new offensive heights last season, finishing fifth in team scoring and topping the charts among all Saginaw rearguards with 44 points counting 13 goals and 31 assists over 58 appearances, good for 14th overall among all OHL defencemen.

Fair to say we've been pretty busy during the pause 😎 pic.twitter.com/GSfKC78xt2

Over two seasons with the Spirit, Millman has amassed 69 points in 130 games and garnered recognition on the national stage after earning an invite to Team Canada’s national junior team selection camp.

“Mason is a perfect example of why we believe players should commit and play for the Spirit,” said Saginaw head coach Chris Lazary. “Mason was a seventh-round OHL pick, played in the GOJHL as a 16-year-old, made the Spirit as a 17-year-old, and fully invested himself in our program and into his development … The entire Spirit organization is extremely proud to have a person of Mason’s character in our program and we are very excited to watch his career continue to progress.”

An Avalanche of talent

Justin Barron is learning from the best.

Following a blood clot issue that limited his 2019-20 campaign to 34 games, the promising defender has made a remarkable return to the ice through the early goings of the new season, living up to his 25th overall billing in the 2020 NHL Draft when the Colorado Avalanche made him the highest selected defenceman in Halifax Mooseheads’ history.

Along the way, Barron has been sharing the ice with some of his future teammates, including Vancouver Giants blue-liner Bowen Byram, chosen fourth overall by the Avalanche in the 2019 NHL Draft and one of six returnees to the World Junior stage after helping Canada to its 18th first-place finish a year ago.

More impressively, Barron appears to have made an early impression with Mooseheads graduate and fellow Nova Scotia native Nathan MacKinnon.

Justin Barron talks about skating with Nathan MacKinnon prior to the NHL Draft. #GoMooseGo pic.twitter.com/yh8QWIptuz

“Before the NHL bubble, Nate was home for a couple of months, skating in Halifax with a couple of local guys,” Barron detailed. “(Mooseheads assistant coach) Jon Greenwood was running the skates. I have a great relationship with Jon, and Nate was looking for a defenceman to come out and do some game-like drills against, so I was lucky enough to get an invite. It was a lot of fun. It was cool to see Nate and to start to build a relationship with him and see how good he was on the ice.

“Funny enough, he ended up having a conversation with (Avalanche general manager) Joe Sakic about me and I ended up getting selected by Colorado. I heard from (MacKinnon) after the draft and it was a pretty cool feeling, especially to be part of an organization with so many guys from the Maritimes.”

Barron now has his latest opportunity to make an impression as one of eight defencemen and 21 CHL players ready to represent Canada at the 2021 World Juniors, with action set to begin December 26 versus Germany.