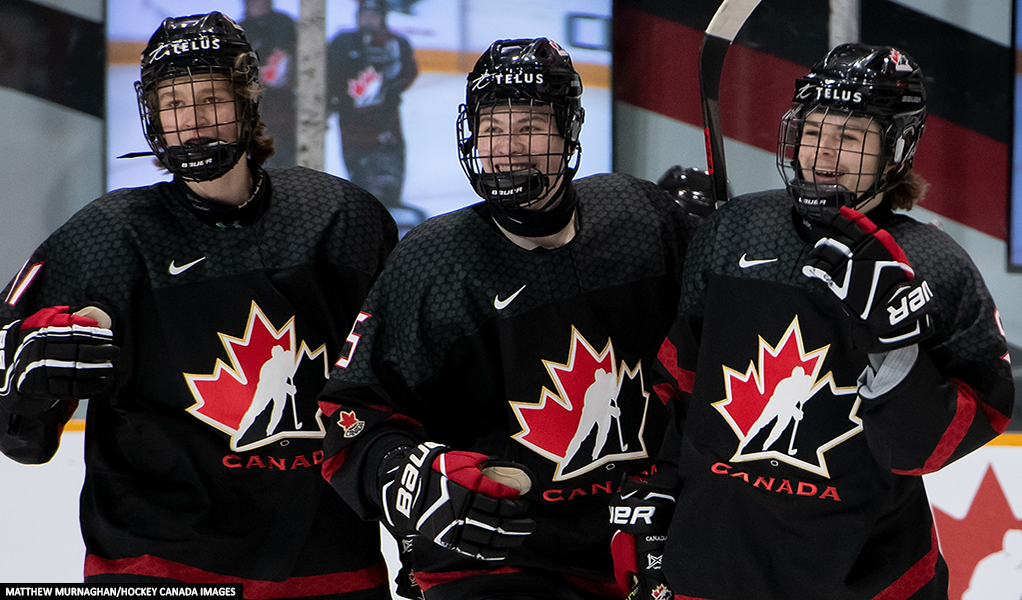 Team Canada Black has been crowned champions at the 2021 Capital City Challenge after downing Team Canada Red 5-4 in an overtime thriller in the tournament final on Wednesday night.

Team Canada Black jumped out to a two-goal lead in the first period after goals by Ty Halaburda (Vancouver Giants) and Alex Pharand (Hamilton Bulldogs). Halaburda then notched his second goal of the game and Owen Outwater (North Bay Battalion) scored just over two minutes later to tie the game at three goals apiece.

As time was winding down in the third period, Riley Heidt (Prince George Cougars) fired home a rebound with 29 seconds to play, but Zach Benson (Winnipeg ICE) netted his tournament-leading seventh goal on a shot off the faceoff with 0.4 seconds left to send the game to overtime. Calum Ritchie (Oshawa Generals) was the overtime hero, beating Team Canada Red goaltender Jackson Unger (Moose Jaw Warriors) on a breakaway in the extra frame.

“It was a little bit of a blur. I saw the puck bounce off the boards and I had the opportunity to get a breakaway, so I just skated as hard as I could,” Ritchie said. “Muscle memory from practice took over, and to be honest I do not really remember (scoring), but it was such a great feeling to get the game-winner.”