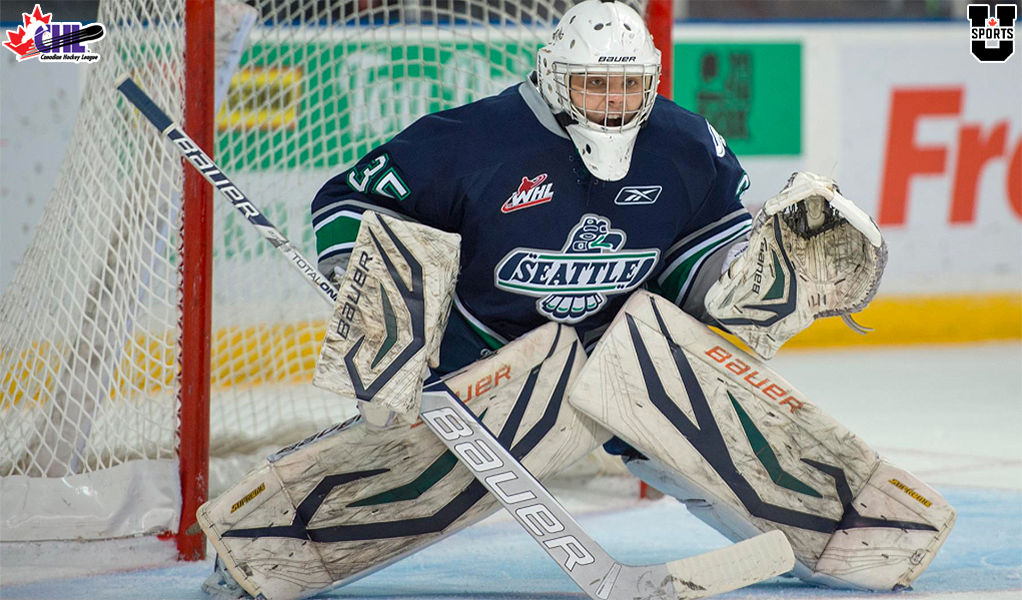 Former Seattle Thunderbirds goaltender Taran Kozun has been nominated for the Lieutenant Governor Athletic Award presented to the U SPORTS Male Athlete of the Year.

Currently competing with the Canada West playoff champion University of Saskatchewan Huskies, the former Western Hockey League netminder concluded the 2019-20 campaign in earning recognition as both the U SPORTS Player and Goaltender of the Year.

The first player in U SPORTS history to win both awards in the same season – and the second consecutive season in which he claimed Goaltender of the Year honours – Kozun topped the charts in all major categories including a 1.87 goals-against average, .931 save percentage, five shutouts, and 17 wins across 22 appearances with the Huskies. The season also saw Kozun seal a victory with an empty-net goal, becoming just the second Canada West goaltender to do so.

“He was goalie of the year in the WHL before he came to us (in 2015) and all he has done is continue to get better,” said Huskies head coach Dave Adolph. “With the hard work he puts in it’s not surprising to me that he would be nominated for such a prestigious award.”

Prior to joining the Huskies, the 25-year-old native of Nipawin, Sask., competed in 135 career contests across three seasons with the Thunderbirds and Kamloops Blazers, highlighted by a Del Wilson Trophy win as the WHL’s Goaltender of the Year in 2014-15.