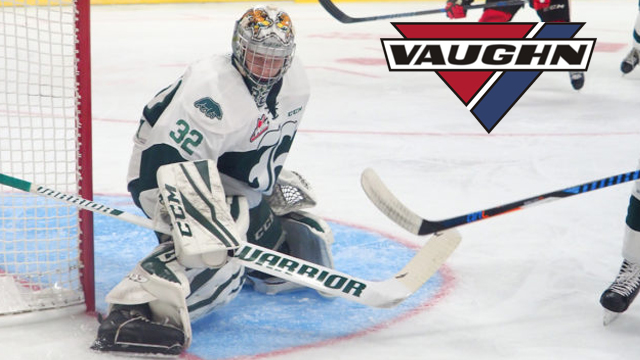 Toronto, ON – The Canadian Hockey League today announced that rookie Dustin Wolf of the Everett Silvertips is the Vaughn CHL Goaltender of the Week for the week ending October 29 after posting a 2-0-0-0 record with a goals-against-average of 1.50 and save percentage of .965.

Wolf made his WHL debut last week for the Silvertips where he turned aside 82 shots and recorded two victories in his first two career games.  On Friday night in Kamloops he made 38 saves as part of a 3-1 win over the Blazers, then made 44 saves on Sunday in Portland to preserve a 3-2 victory over the Winterhawks who boast one of the league’s strongest offenses.

A 16-year-old from Tustin, California, Wolf was a fifth round pick of the Silvertips in the 2016 WHL Bantam Draft and will be eligible for the NHL Draft in 2019.  He is one of six different goaltenders to suit up for the Silvertips this season who have played to a 6-9-1-0 record to start 2017-18.