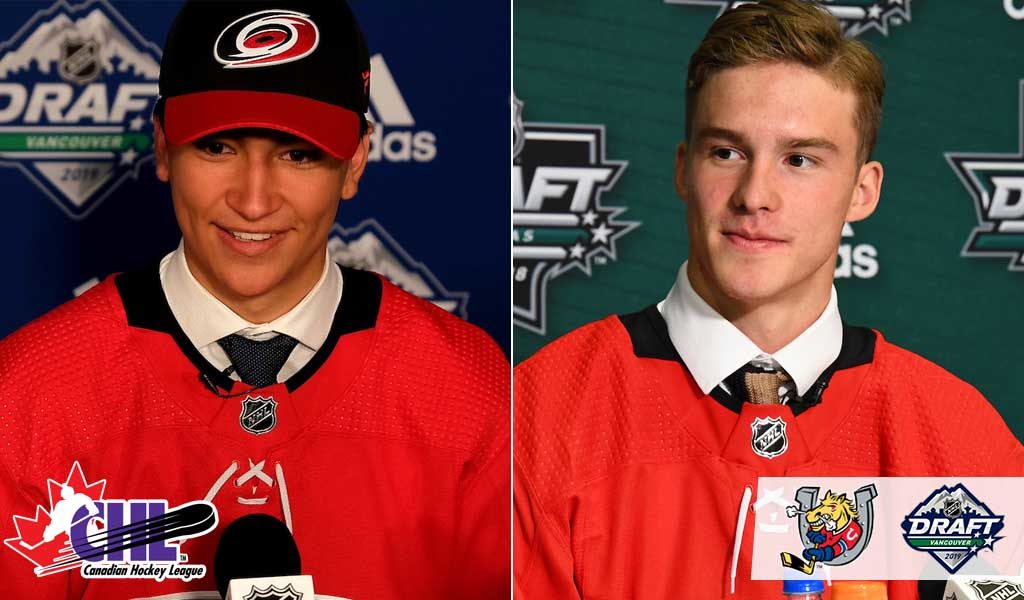 One year ago, Barrie Colts forward Andrei Svechnikov became the first player from the Canadian Hockey League selected in the 2018 NHL Draft when the Carolina Hurricanes called his name with the second-overall pick.

Now, he reunites with a former teammate in Colts forward Ryan Suzuki, who like Svechnikov was made a first-round draft choice by the Hurricanes when the club chose him 28th overall on Friday at the 2019 NHL Draft.

“I was definitely a little nervous getting close to the end of the first round, but Carolina believed in me,” Suzuki said Friday following the pick. “I’m super honoured to get down there and be with the team.”

In helping ease his draft day nerves, not only is Suzuki familiar with the draft process after watching his brother Nick be selected in the first round two years ago, but in going to Carolina he is also back with a familiar face in Svechnikov.

“One of the guys messaged him and asked if he saw who (the Hurricanes) took with their first pick,” Suzuki said of Svechnikov. “He was really happy with who they chose. He’s a true professional and I learned a lot from him. I am looking forward to continue to learn from him in the next years.

“Everyone saw what (Svechnikov) did on the ice but they didn’t really see all the background stuff he was doing. He was in the gym all of the time, stretching, taking care of himself, being a pro on and off the ice. That’s something I can take away from him and that’s what I did and it helped me out a lot this year.”

In his debut season with the Hurricanes, Svechnikov finished with 20 goals and 17 assists for 37 points and the team lead in scoring among rookies. He then added another five points in nine postseason appearances.

As for Nick, who has since joined the Montreal Canadiens’ organization, he was alongside his brother at the 2019 draft, and in a way had a chance to relive the experience through his younger sibling.

“(Nick) was getting pretty nervous too,” Suzuki said. “Just having him by my side, he’s always been my biggest role model throughout my whole career. Seeing him, he was so happy for me. It was definitely a good moment for our family.