Raiders’ Kaiden Guhle eager to learn at U18 camp 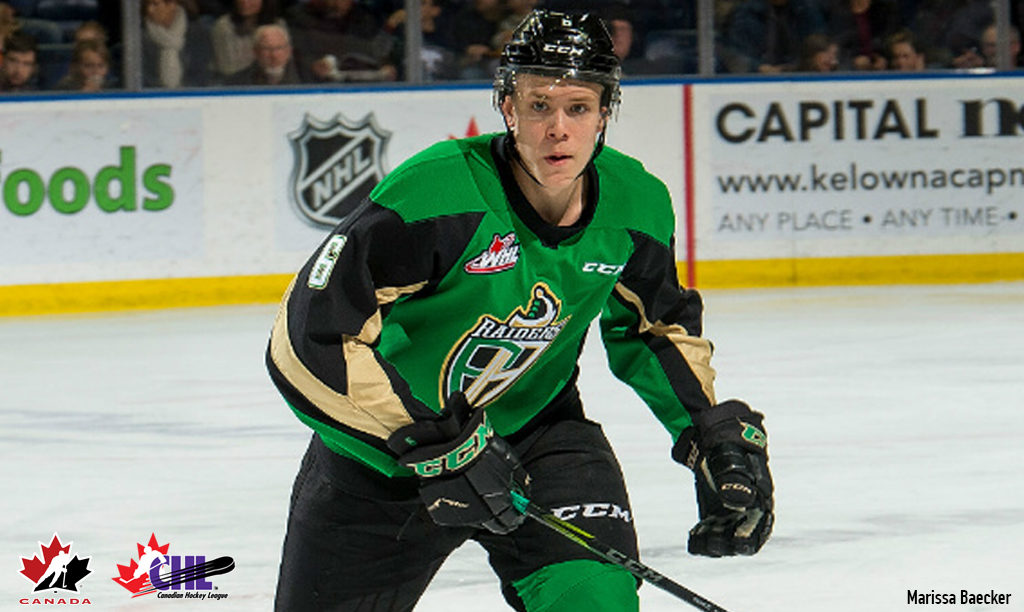 Following his first overall selection by Prince Albert in the 2017 WHL Bantam Draft, Guhle skated for one more season in the preparatory ranks before joining the Raiders full time for the 2018-19 campaign, a year in which the club captured the Ed Chynoweth Cup for the first time since 1985.

In fact, Prince Albert falling short of a Memorial Cup victory was the only missing piece from Guhle’s otherwise spectacular freshman season in which he collected 17 points across 65 appearances before adding another three assists in his team’s 23-game playoff run en route to the league title.

“Going into my first year, we all knew we were going to have a good team,” Guhle told the Canadian Hockey League. “That first year was unbelievable – something you will remember for the rest of your life. I wouldn’t trade it for the world.”

The WHL crown wrapped up a whirlwind year for Guhle, who stepped away from the Raiders last November to captain Team Canada Red at the 2018 World Under-17 Hockey Challenge, where the budding blue-liner continued to build his stock ahead of the 2020 NHL Draft in putting up three points in six games before eager talent evaluators.

With the 1st pick of the #WHLBantamDraft, we have selected D Kaiden Guhle.

Meanwhile, last year’s showcase also marked the first time for Guhle, a native of Sherwood Park, Alta., to skate on the national stage with Team Canada following his previous outings representing Alberta in key events like the 2017 WHL Cup, where he finished with a silver medal and was named to the WHL Cup All-Star Team.

Guhle now has the chance to pull on the iconic Team Canada sweater again as he joins 40 other invitees from across the Canadian Hockey League – 16 from each of the Ontario Hockey League and Western Hockey League, plus nine representing the Quebec Major Junior Hockey League – participating in this week’s U18 camp in hopes of earning a final roster spot ahead of the 2019 Hlinka Gretzky Cup, beginning Aug. 5 in Czech Republic and Slovakia.

“It’s a dream come true. Any time you get selected to wear the maple leaf, it’s an honour,” Guhle said of his involvement in last year’s U17s, the first of three leading events within Hockey Canada’s Program of Excellence. “You learn a lot. There’s really nothing you can’t take from the camp, and I expect the U18 to be the same. I am excited for it.”

Such an understanding of what to expect at the U18 camp has helped Guhle prepare, knowing that he must approach it with the right mindset.

“You have to jump in with both feet. In a short-term competition, you don’t have time to be comfortable,” Guhle explained. “Even if you don’t get selected, it’s a good learning experience. You get to play with a lot of good players. As much as you want to make the team, you also want to go in there and learn a lot, to be a sponge, and take in as much as you can.”