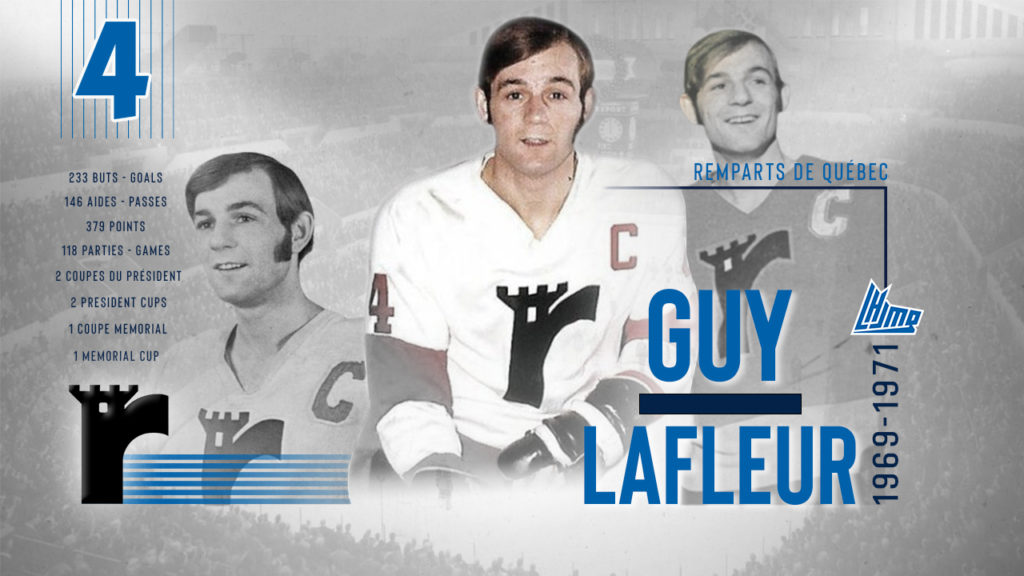 After announcing that Guy Lafleur’s number 4 would be retired across the league last May, the Quebec Major Junior Hockey League, in collaboration with the Quebec Remparts, is proud to announce that the official ceremony will occur on October 28, 2021 at the Videotron Centre.

“We are extremely excited to finally celebrate Guy Lafleur’s contributions to junior hockey by raising his number 4 to the rafters of the Videotron Centre,” said Commissioner Gilles Courteau. “Immortalizing his number across the league shows how important the Thurso native has been to the success and evolution of the QMJHL. We had been trying to organize this ceremony for months, but the pandemic and the COVID-19 restrictions forced us to postpone the event. We finally have the green light to move forward with this celebration in front of his beloved fans in Quebec City.”

Lafleur was elected the league’s all-time greatest player as determined by a panel of experts during the 50th anniversary season celebrations, just ahead of the great Mario Lemieux. The Outaouais native played two seasons with the Quebec Remparts from 1969 to 1971. He collected no less than 233 goals and 146 assists in 118 games. On February 5, 1971 he became the only QMJHL player to score five goals in a single period. He finished that game with 11 points. The “Démon Blond” also led the 1971 Remparts to a Memorial Cup championship, the first of 13 national championships for the QMJHL.

The first QMJHLer to be selected first overall in the NHL Amateur Draft in 1971, Lafleur played 1,126 games in the National Hockey League with the Montreal Canadiens, New York Rangers and Quebec Nordiques. During his 17-year career, he won five Stanley Cups, three Art Ross trophies, two Hart trophies, three Lester B. Pearson Awards and a Conn Smythe trophy. He was inducted into the Hockey Hall of Fame in 1988 and the Canadian Sports Hall of Fame in 1996.

Since 1977-78, the Guy-Lafleur Trophy has been awarded to the Most Valuable Player of the President Cup Playoffs. Lafleur was also part of the first cohort of players inducted into the QMJHL Hall of Fame in 1997.

Tickets for this game between the Quebec Remparts and the Shawinigan Cataractes can be purchased on TicketMaster by CLICKING HERE.