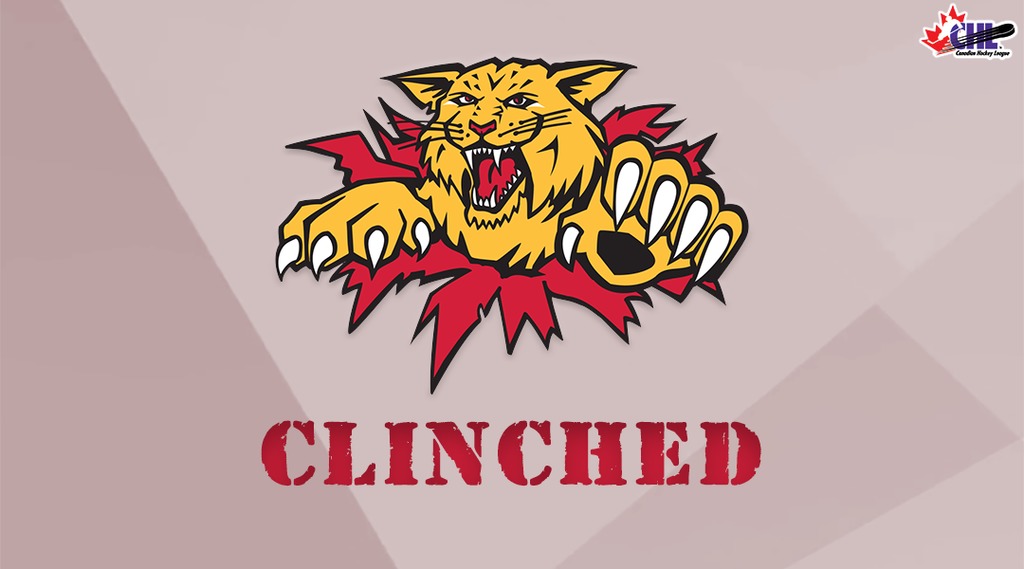 The Moncton Wildcats are ready to roar.

For the third year running, and the 11th time in the past 12 seasons, the Moncton Wildcats have earned a playoff berth following Wednesday’s 10-2 win over the Saint John Sea Dogs.

Currently first place in the QMJHL’s Eastern Conference with a 38-12-1-0 record and 77 points, the Wildcats have put together an incredible season led by a pair of NHL drafted prospects in Alexander Khovanov, a third-round selection by the Minnesota Wild in 2018, as well as Jakob Pelletier, who heard his name called by the Calgary Flames in the opening round of the 2019 NHL Draft.

The dynamic duo hopes to help Moncton build on last year’s playoff showing where the squad first eliminated the Baie-Comeau Drakkar in a seven-game opening round set before exiting in four games to the Halifax Mooseheads in Round 2.

The Wildcats join the Sherbrooke Phoenix as the lone two clubs from the QMJHL to punch their ticket to the postseason, and one of five teams league-wide in a list that also includes the Ottawa 67’s from the OHL as well as the Portland Winterhawks and Edmonton Oil Kings from the WHL.

Beginning play in 1995-96, the Wildcats have twice captured QMJHL glory in hoisting the President’s Cup counting championships in 2006 and 2010.