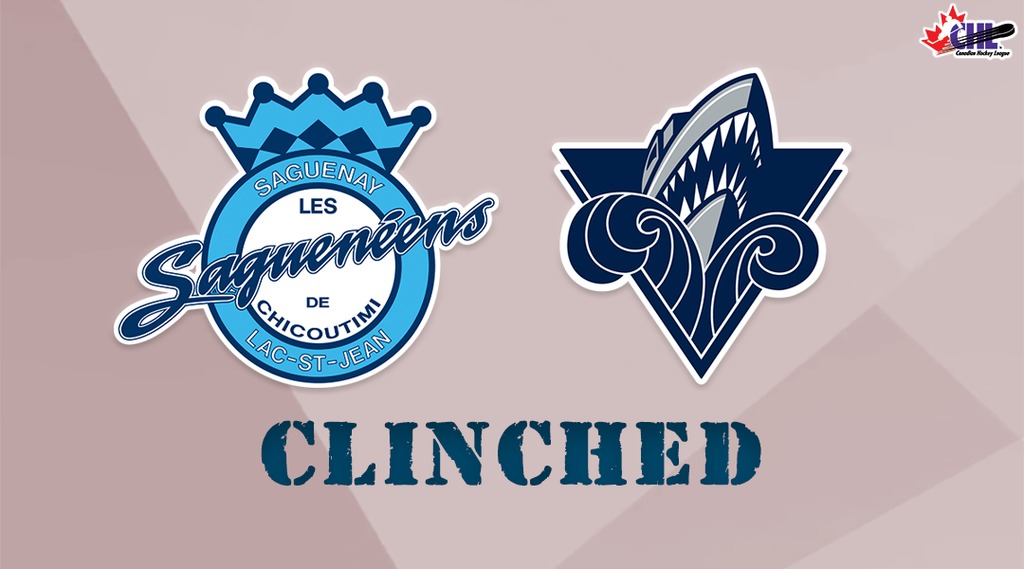 A pair of QMJHL clubs have punched their ticket to the postseason.

For the 20th year running, the Chicoutimi Sagueneens will compete for the President’s Cup.

Sitting atop the QMJHL’s East Division with a 35-10-4-1 record and 75 points, the Sagueneens have been a dominant squad for much of the 2019-20 campaign, led by captain and hometown hero Rafael Harvey-Pinard, who joined the club last offseason after helping the Rouyn-Noranda Huskies hoist the Memorial Cup last spring.

Chicoutimi readies for the postseason looking to build on last year’s showing when the squad exited following a four-game opening round match versus the Rimouski Oceanic.

The Sagueneens are two-time President’s Cup champions, last capturing the elusive trophy in 1994.

2020 NHL Draft favourite and reigning CHL Player of the Year Alexis Lafreniere has a chance to add another prize to his growing trophy collection.

In punching their ticket to the postseason, Lafreniere and the Oceanic hope to take the next step this season after advancing to the third round a year ago before falling to the eventual Memorial Cup champion Rouyn-Noranda Huskies in a four-game series.

Beyond Lafreniere, the Oceanic offer up other top-end talents and a well-balanced attack that also includes veteran centre Cedric Pare, Calgary Flames prospect Dmitry Zavgorodniy, plus netminder and St. Louis Blues draft pick Colten Ellis. Core leaders on the Oceanic, the group has helped the club earn a 33-14-3-4 showing through 54 games, good for 73 points and second place in the QMJHL’s East Division.

Advancing to the postseason for the 13th consecutive year, the Oceanic are one of seven CHL clubs to clinch a spot so far, and one of four from the QMJHL among the Sherbrooke Phoenix, Moncton Wildcats, and Chicoutimi Sagueneens.

The Oceanic are three-time President’s Cup champions, most recently doing so in 2015, while the club’s first-ever win in 2000 also included a Memorial Cup title.