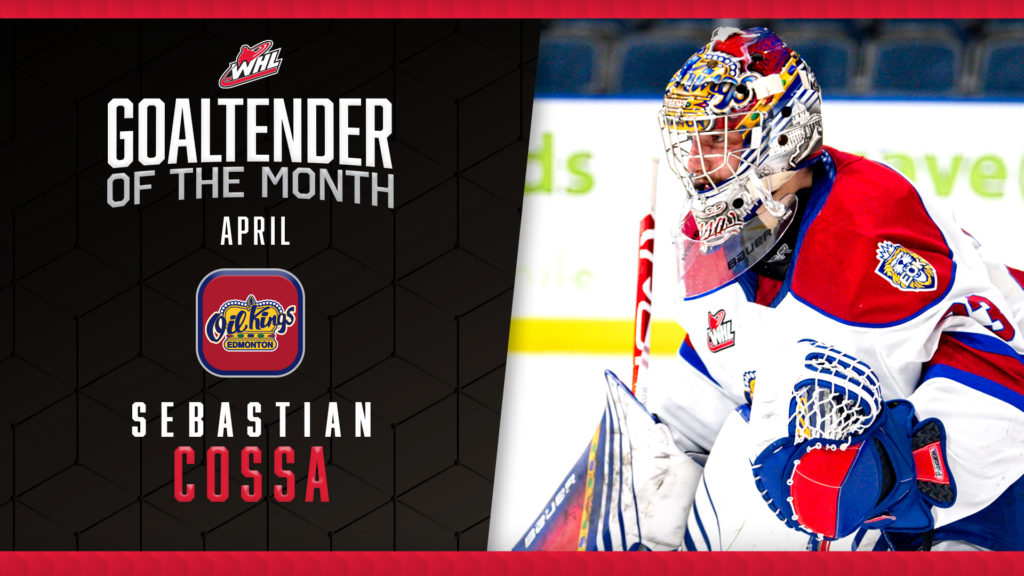 Cossa, a top-ranked prospect for the 2021 NHL Draft, secured a record of 7-0-0-1 with a 1.61 goals-against average, .936 save percentage and two shutouts through the month of April as the Edmonton Oil Kings clinched the WHL Central Division title.

The product of Fort McMurray, Alta., recorded a 30-save shutout on April 15 in a 4-0 victory over the Lethbridge Hurricanes. He followed up one week later on April 22 by turning in another 30-save shutout in a 3-0 win over the Medicine Hat Tigers.

Cossa ranks among the WHL leaders in all major goaltending categories. His 1.64 GAA is tops, as is his 15 wins. His .937 SV% is good enough for second in the WHL and his three shutouts rank third.

Cossa and the Oil Kings wrap up the 2020-21 WHL Regular Season this coming week with two contests on the calendar – Tuesday, May 4 versus Lethbridge and Thursday, May 6 at Medicine Hat.

WHL
RE/MAX WHL Play of the Year: Matchup #3 – Gauthier vs. Nielsen
19 hours ago