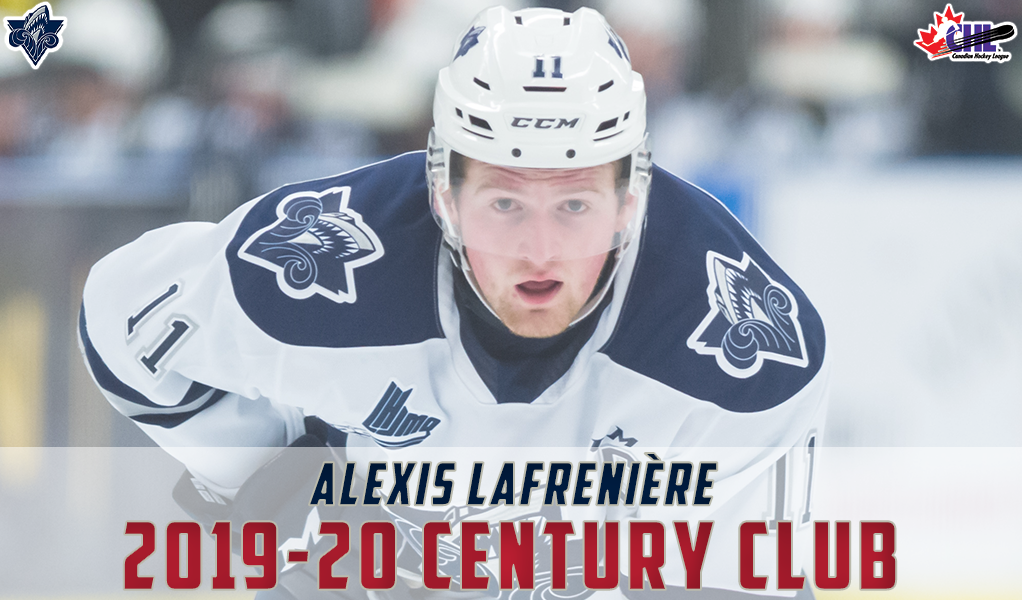 2019 CHL Player of the Year Alexis Lafreniere is this season’s first player to join the century club.

A two-point night versus the Moncton Wildcats on Wednesday saw Lafreniere pick up his 71st assist of 2019-20 that combined with his 29 goals on the season brought him to 100 points.

This season has seen Lafreniere finish with multiple points on 27 occasions, including Sunday’s 11-2 win over the Quebec Remparts in which he recorded a career single-game high of seven points counting one goal and six assists.

Ranked first among North American skaters by NHL Central Scouting, Lafreniere is widely considered the favourite to hear his name called first overall at the 2020 NHL Draft in Montreal.