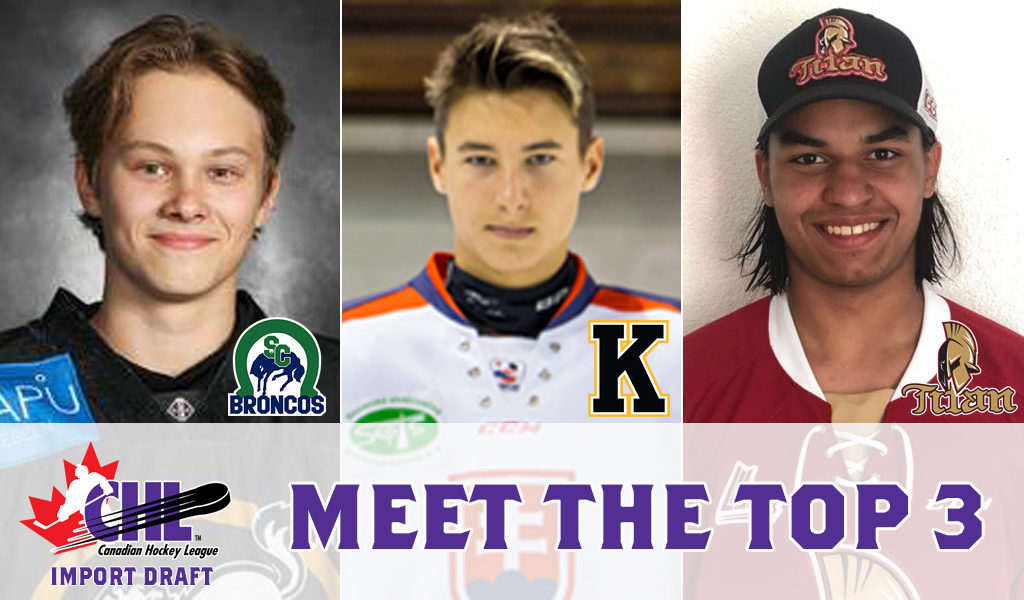 The Swift Current Broncos were all smiles on Thursday.

The 17-year-old rearguard began last season with Karpat’s U18 team, tallying above a point-per-game pace as he put up four goals and eight assists in 10 appearances before elevating to the U20 squad where he picked up another four points and finished with an impressive plus-15 rating.

“I was very excited to see my name on the list and to get drafted by such a great place and team like the Swift Current Broncos,” Puutio said. “I am very excited to join them and see what’s ahead.”

With the first overall selection in the @CHLHockey European Draft, we are thrilled to select defenceman Kasper Puutio. Puutio is (not surprisingly) from Finland. Welcome to the Bronco Family @PuutioKasper! https://t.co/jCjTUEQBBC pic.twitter.com/LAsjhHO7YJ

The shift to Swift Current next season will help Puutio adjust to North American rinks and further capture the interest of talent evaluators ahead of the 2020 NHL Draft. There will also be some level of familiarity in going to the Broncos, a team that features a fellow Finn in Joona Kiviniemi, a budding forward who wrapped up his rookie season with 25 points after being chosen with the 59th pick in last year’s import draft.

“I played with Joona for many years,” Puutio said. “I talked with him and (former Broncos forward) Aleksi Heponiemi. I think it’s good to have a friend there. It’s a small city and a good community. There are great fans and the facilities at the rink and coaches are good. It’s pretty special.”

Puutio describes himself as a strong two-way defenceman who can make plays, shoot the puck well, and get pucks to the net. It’s those attributes that drew the attention of the Broncos.

“He’s a pretty competitive guy. He brings skill and compete to the back end. He makes great decisions with the puck and he can bring some offense,” said Broncos head coach and director of player personnel Dean Brockman. “His age group as a 2002, it fits into our mold. He’s a right-handed shot projected to be in the (NHL) draft next year. He’s all the checkmarks that we needed, and the biggest thing is he wants to be here.”

The 2019 CHL Import Draft continued with the second overall selection, with the OHL’s Kingston Frontenacs calling the name of Slovakian right-wing Martin Chromiak.

Chromiak, 16, excelled with the HK Dukla Trencin U20 squad last season, finishing second in team scoring with 46 points in 39 games before adding another nine goals and eight assists across 15 playoff contests.

On the international stage, Chromiak represented his native Slovakia at the 2019 IIHF U18 World Championship, where he once again flashed his offensive flare in notching two goals and one assist.

“Chromiak possesses a dangerous release and a nifty ability to find soft areas in the opponent’s coverage. He’s fast enough to keep up with the rush and smart enough to recognize the opportunity to be ahead of it,” writes North American Central Scouting head scout Mark Seidel. “He may not be the primary driver of a line, but if paired with a high-end centre, he could blossom into a productive top-six winger at the next level.”

Like Puutio, Chromiak is eligible for the 2020 NHL Draft and will use the upcoming Ontario Hockey League season as his latest opportunity to showcase himself to the scouting community.

With the 3rd overall selection in the 2019 #CHLImportDraft, we are proud to select Noah Delémont!

Delemont, 17, laced up the skates last season with the Biel-Bienne U20 squad, putting up 19 points in 35 games, then adding another two points in five playoff appearances. At year end, he joined his native Switzerland at the 2019 IIHF U18 World Championship, where he served as an alternate captain while also recording a trio of assists through seven games.

Eligible for the 2020 NHL Draft, Delemont sees the opportunity to join the QMJHL as exciting progress on his hockey path.

“By selecting me third overall, the Titan have allowed me to realize a childhood dream and take the first step in my career plan,” Delemont said in a statement. “I followed the draft live and the feeling that went through my body when my name came up on the screen is indescribable. It is certainly a moment that I will never forget. Now I cannot wait to come to camp, see the guys on the team, and be able to talk to the fans.”