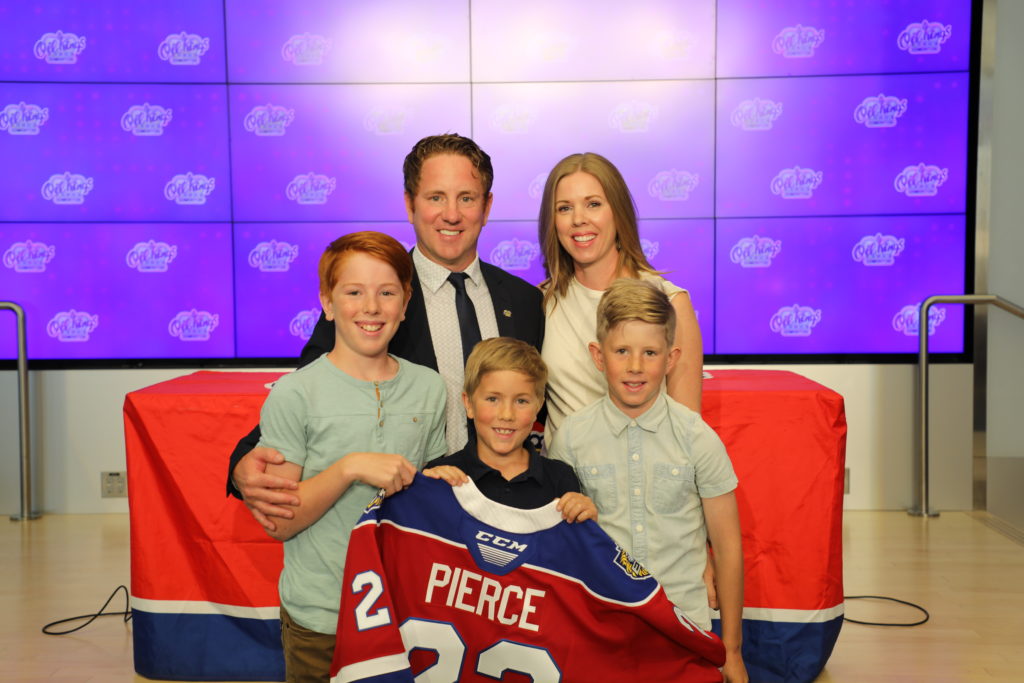 “It’s incredibly humbling and a huge honour, not just for me, but for my family who have been a big part of this journey,” said Pierce on becoming the fifth head coach in Oil Kings modern franchise history.  “I don’t take the challenge and responsibility lightly and I’m really thankful for the opportunity to lead this franchise.”

Pierce, 38, has been with the Oil Kings as an assistant coach since the 2018-19 season after originally being hired by the organization on July 23, 2018 and takes over from Brad Lauer who was hired by the Winnipeg Jets last week.

“I am very pleased to announce Luke Pierce as the new head coach of the Edmonton Oil Kings,” said Oil Kings President of Hockey Operations and General Manager Kirt Hill.  “Luke did a fantastic job in his previous role as an assistant coach with the club and I am very confident in his ability to lead, develop, and mentor our players both on and off the ice moving forward.”

“I’m excited about the beginning of a new journey following an amazing past four seasons here under the leadership of Brad Lauer,” added Pierce.  “I’m excited to try and carry a lot of the culture and foundation that we’ve built on and at the same time head back to where just came from, how long that journey takes is yet to be determined but I can’t wait to get started with it.”

In his four seasons behind the Edmonton bench as an assistant coach, he helped guide the club to a record of 154-46-13-10, four straight Central Division Championships and the 2022 WHL Championship while overseeing the team’s defence and penalty kill unit.  During his tenure, the Oil Kings have finished in the top-10 in penalty killing each season and had the best penalty kill during both the 2019-20 and 2021-22 season.

“Luke has the ability to create strong relationships with players and staff which will really benefit him in his new role,” added Hill.  “His familiarity with the organization, current players, and prospect pool will give him a great head start heading into the 2022-23 season.”

Prior to joining the organization, Pierce served as the head coach of the Kootenay ICE from 2015-17 and the head coach and general manager of the Merritt Centennials (BCHL) from 2009-15.

Before entering the coaching ranks, Pierce played three seasons in the BCHL with the Merritt Centennials (2001-03) and Vernon Vipers (2003-04) before going on to play collegiately at the Royal Military College (U SPORTS) in Kingston, Ontario from 2004-09.  During his time at RMC he obtained a Master’s Degree in Business Administration, specializing in Strategic Management and a Bachelor of Arts Degree in Psychology and Leadership.

Away from the rink, Pierce has taken on many philanthropical endeavors, most notably serving as Vice President and Chairman for Hockey Gives Blood since 2018.  Hockey Gives Blood is a non-profit society that has partnered with Canadian Blood Services to engage and educate the hockey community about the importance of blood and stem cell donation.

“One of Luke’s strongest assets is that he is a true student and will continue to learn and develop alongside this team,” said Hill.  “I would like to congratulate Luke, his wife Amy, his sons William, Bennett and Austin, along with the entire Pierce family on his new role as head coach.”

The Oil Kings are currently looking to fill their vacant assistant coach position, applicants can submit their resumes here.