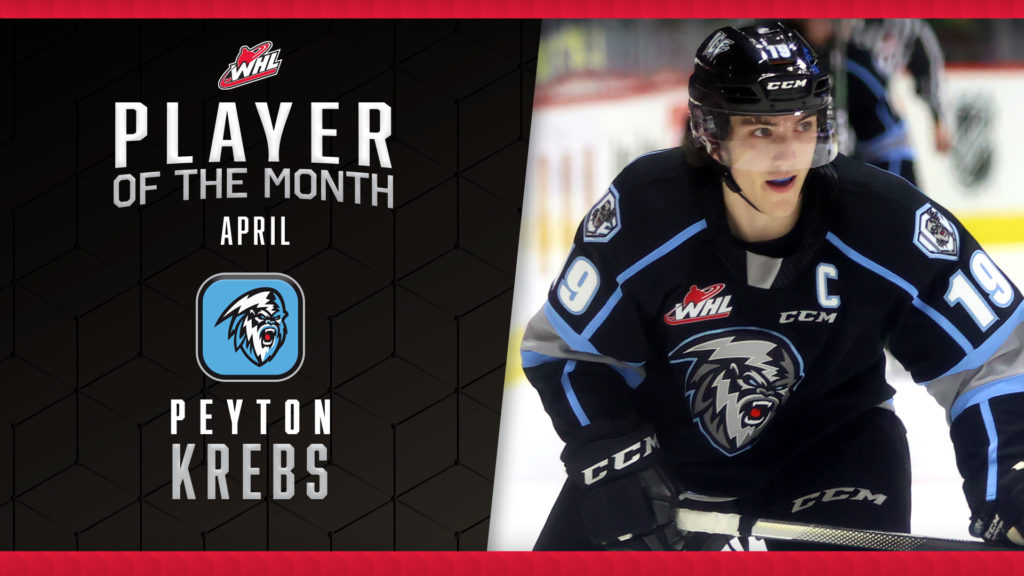 A 5-foot-11, 180-pound product of Okotoks, Alta., Krebs secured seven multi-point performances, including two four-point efforts and finished the 2020-21 WHL Regular Season riding a 23-game point scoring streak. After being held off the scoresheet to open the season on March 13, the former first overall WHL Draft pick notched at least one point in every game thereafter. That impressive feat was good enough to establish a new ICE franchise record.

With 43 points, Krebs sits atop the WHL scoring charts. His 30 assists also rank first in that category. With eight power-play goals, Krebs is second in the WHL, trailing only Brandon Wheat Kings forward Lynden McCallum and his nine power-play markers.

Originally selected by the ICE with the first overall pick in the 2016 WHL Draft, Krebs appeared in 199 career WHL regular season contests, tallying 231 points (62G-169A) from 2017 through 2021. He was named to the WHL’s Eastern Conference Second All-Star Team for the 2019-20 season after returning from an off-season Achilles injury to pile up 60 points (12G-48A) in only 38 games.

Krebs was a member of Team Canada at the 2021 IIHF World Junior Championship in Edmonton, helping his nation to a silver medal by registering eight points (3G-5A) in seven games.