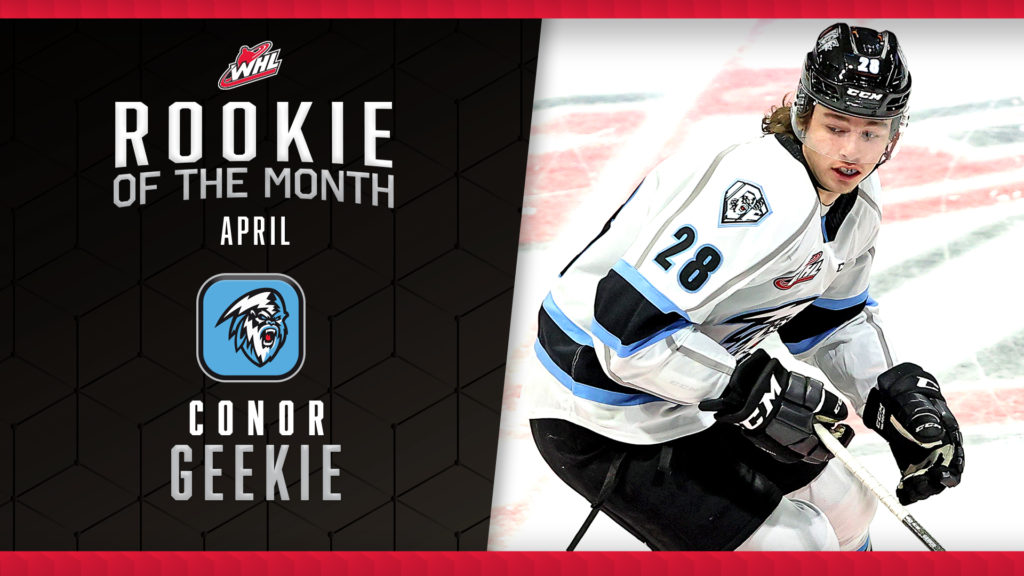 The product of Strathclair, Man., recorded six multi-point performances during the month of April. With 23 points (9G-14A) in 24 games this season, Geekie finished fourth in scoring on the ICE.