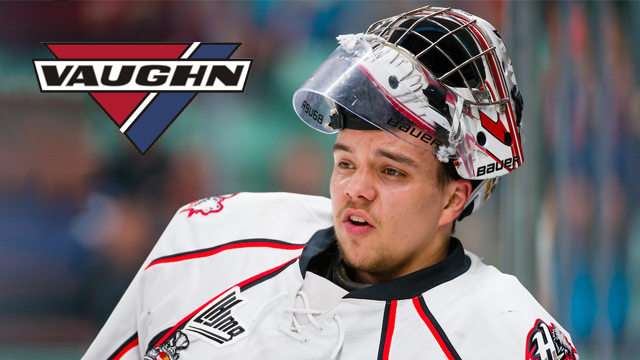 Toronto, ON – The Canadian Hockey League today announced that Samuel Harvey of the Rouyn-Noranda Huskies is the Vaughn CHL Goaltender of the Week for the week ending October 22 after posting a 3-0-0-0 record with a goals-against-average of 1.33 and save percentage of .962.

Harvey stopped an impressive 100 shots last week between-the-pipes for the Huskies who collected a trio of victories and moved into first place in the QMJHL standings in winning percentage with a mark of .792 powered by a 8-1-1-2 record.  On Tuesday night his 35-save performance earned second star honours and preserved a 5-2 victory over the Blainville-Boisbriand Armada.  His strong play continued into the weekend including a Friday night win over the Acadie-Bathurst Titan making 31 saves as first star of the 4-1 win, and Saturday against the Gatineau Olympiques with 34 saves as second star of the 3-1 victory.

A 19-year-old from Alma, QC, Harvey is playing in his fourth season in Rouyn-Noranda after being chosen by the Huskies in the second round of the 2014 QMJHL Entry Draft.  So far in 2017-18 his personal record stands at 8-0-1-1 with a goals-against-average of 1.88 and league-best save percentage of .938.  Harvey will represent Team QMJHL at the 2017 CIBC Canada Russia Series November 14 in Charlottetown and November 16 in Moncton.