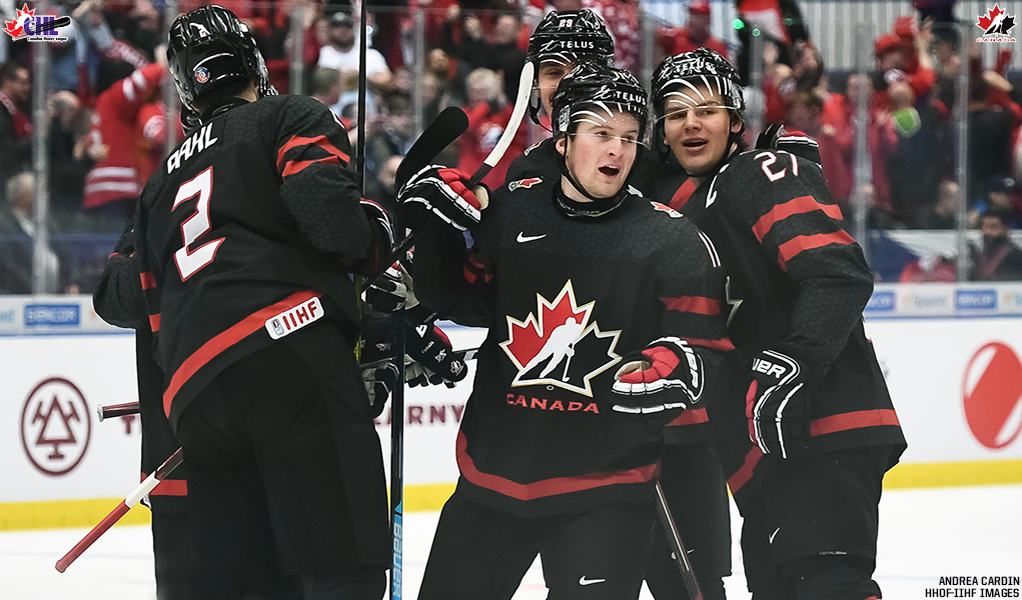 It’s the invaluable first step in the process.

On Sunday, Hockey Canada launched its Virtual National Under-17 Development Camp – with 113 Canadian Hockey League prospects taking part – a process that serves as an introduction to the Program of Excellence philosophy that has helped establish the playing style and winning culture that has led the Great White North to international success over the years.

While COVID-19 restrictions prohibit players from being evaluated on the ice, the virtual camp offers Hockey Canada brass an opportunity to build relationships and get to learn more about the prospective players who could one day wear the Maple Leaf.

“We put a lot of time, thought, and research into how to conduct these camps in terms of engagement,” Hockey Canada head scout Brad McEwen told the Canadian Hockey League. “What are our objectives and what do we want to get out of these camps? We have focused on player relationships and getting them to understand what it means to put on the Canadian jersey and play the Canadian way. You can’t just sit on a call and lecture because that has no effect. It’s an opportunity to get the message out.

“The Program of Excellence is the biggest learning curve because it is the first time (for these players). In terms of player usage, understanding roles, where they fit in, how they can help, how they are valued … all those types of things are critical and at the U17 you have more challenges because everything is new. It is an unbelievable learning experience as you go through the program. Of all the ages, in terms of on-ice, that one will be missed the most because it is the foundation, but we have taken as many objectives from that camp and moved them into the virtual camp. I know it will go over really well.”

Among the virtual camp invitees is Winnipeg ICE centre Matthew Savoie, the lone returnee from the 2019 World Under-17 Hockey Challenge who impressed with a team-leading point-per-game performance counting one goal and five assists with Team Canada White last November. The 16-year-old Alberta native is now seen as a leader given his previous participation.

“It is a great opportunity because he has that experience in seeing how the event was and being part of it,” McEwen added. “I think it is really an opportunity for him where the coaches within his clusters will lean on him a little bit in terms of his experience. It’s built in that we use those experiences, what (the player) saw, and rely on that.”

Even though the 2020 tournament has been cancelled, the U17 camp serves as an education of the program and its process and expectations, underscoring the importance of players learning the Canadian way as well as establishing relationships with their coaches and potential teammates.

“We can’t see players on the ice but there is still opportunity,” McEwen reiterated. “You can accomplish some things and that’s important. There has to be purpose and there has to be objectives. Our group has really taken the time, planned it out, and researched how we can get the most out of these players in a tough environment. Being able to build relationships, see the players, and talk to the players, I think that is really important for the coaches. We have set up all the camps with good interaction sessions.

“On the other side, I think the players will fully understand the objectives of what we are trying to accomplish when the events happen and what the expectations are. When you go to these camps it is about trying to learn as much as you can about everybody. The moment you step in and get selected to the U17, the clock is running and the evaluations have started. Our goal is to get as much out of this as we can, but a lot of it is also about educating the players about the process, what the event looks like, and what the expectations are. That’s the main goal.”

A virtual Under-17 camp runs through Saturday July 25 and will be followed by a virtual edition of the National Junior Team Summer Development Camp July 27-31.