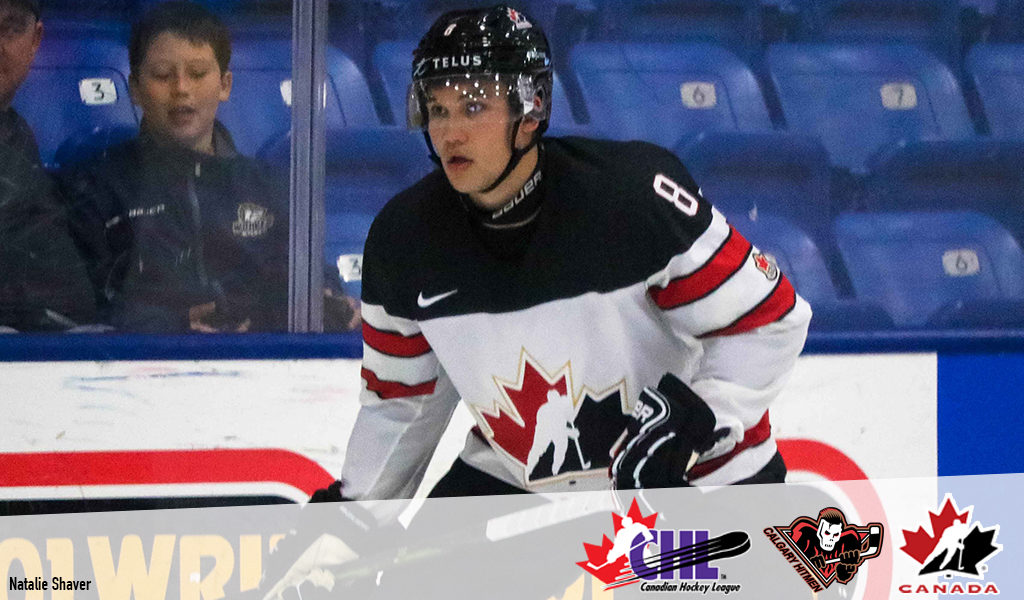 Jett Woo is ready to write his redemption story.

After being among the final cuts from last year’s world junior squad, the Winnipeg, Man., native returned to Canada’s National Junior Team Sport Chek Summer Development Camp in hopes of impressing ahead of the 2020 IIHF World Junior Hockey Championship.

While missing out a year ago was notably a disappointment for Woo, the experience helped him learn what to expect in his second time around.

“This year, I am a little bit more confident in myself and have a feeling for how it’s going to go,” Woo told the Canadian Hockey League. “I think those are the two biggest things that I am going to notice right now, just being confident with my play out there and trying to play my game.

“What I realized last year was that after coming to camp and working my way through the practices and games was the extra level I was at in how excited I was to go on the ice and how much more competitive I was. I think that all came from this camp, soaking it all in, getting to know everything from the coaches, systems, players, everything involved really. It’s a big deal and I think that’s why this tournament is really exciting.”

Despite not making last year’s team, the opportunity helped Woo grow more comfortable, something he took with him into the junior season and in attending development camp with the Vancouver Canucks following his 37th overall selection in the 2018 NHL Draft.

“You have to have fun with it,” Woo said of his experiences. “A lot of times, you get cooped up with trying to showcase yourself, but you’ve got to have fun and enjoy being with the guys and the coaches. Hopefully I get the chance to do it again.”

Of course, Woo is no stranger to the national stage – he captained Team Canada White at the 2016 Under-17 World Hockey Challenge, picking up four points in six games to earn a spot on the U17 All-Star Team. He was then back with the Great White North for five appearances and a gold medal win at the 2017 Ivan Hlinka Memorial Tournament.

Combined with a strong showing in camp practices and a series of exhibition contests, early season performance in the 2019-20 CHL campaign will also play a part in which players make up Team Canada’s final squad. For Woo, that will mean quickly adapting to new surroundings after an offseason deal saw him shift to the Calgary Hitmen following three years with the Moose Jaw Warriors, a challenge he readily accepts.

“When I got the call from our general manager in Moose Jaw, I was a little surprised but at the same time I kind of knew it was coming. I knew that a lot of the guys were leaving and they were going to be a bit of a younger team,” Woo explained. “I am excited for Calgary. We have a good team, and I know a lot of the guys on the team as well, so it’s going to be a fun time.”

A high level of confidence from attending Team Canada camp has Woo ready to embrace the opportunity before him.

“Getting the chance last year and not making it, I think that’s just one more thing to fuel my fire, so I am looking forward to it,” Woo detailed. “Ever since you’re a little kid, you’re watching (the world juniors) at Christmas time with your family. It’s a big deal. I come from a hockey family. My dad played in the WHL. My sister grew up playing hockey. My little brother is a defenceman. It’s something we all enjoy watching together. Last year, seeing a couple of my buddies play on the team was exciting, and hopefully I get that chance this year.”