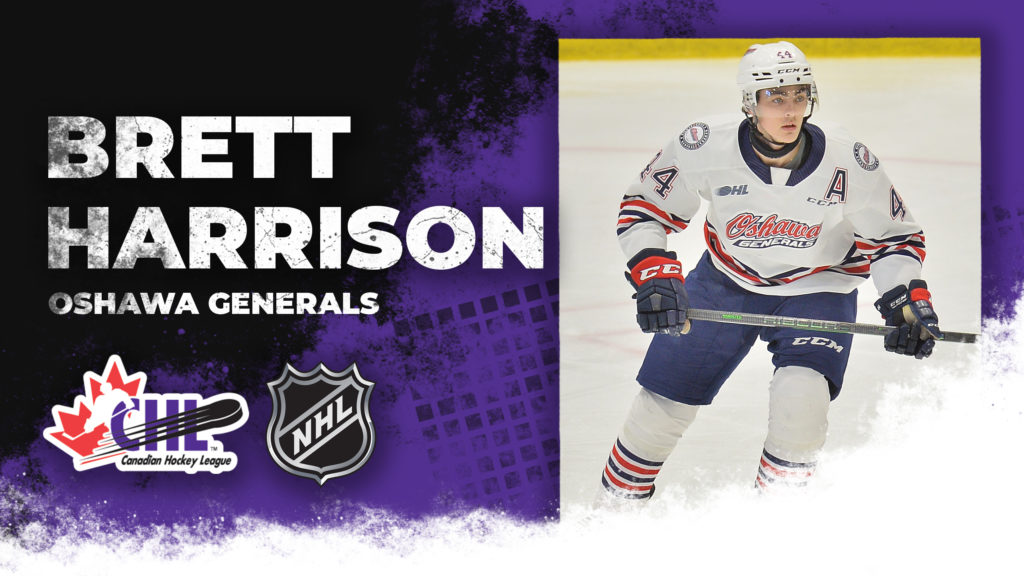 Harrison skated in 65 games last season with the Generals where he registered 27 goals and 61 points to finish second on the team in both categories.

His 29 power play points were the second most, as where his 12 goals on the man advantage, while his 56.3 per cent success rate in the faceoff circle led the team among qualified players.

Over six playoff games, his seven postseason points were part of a three-way tie among Oshawa skaters.