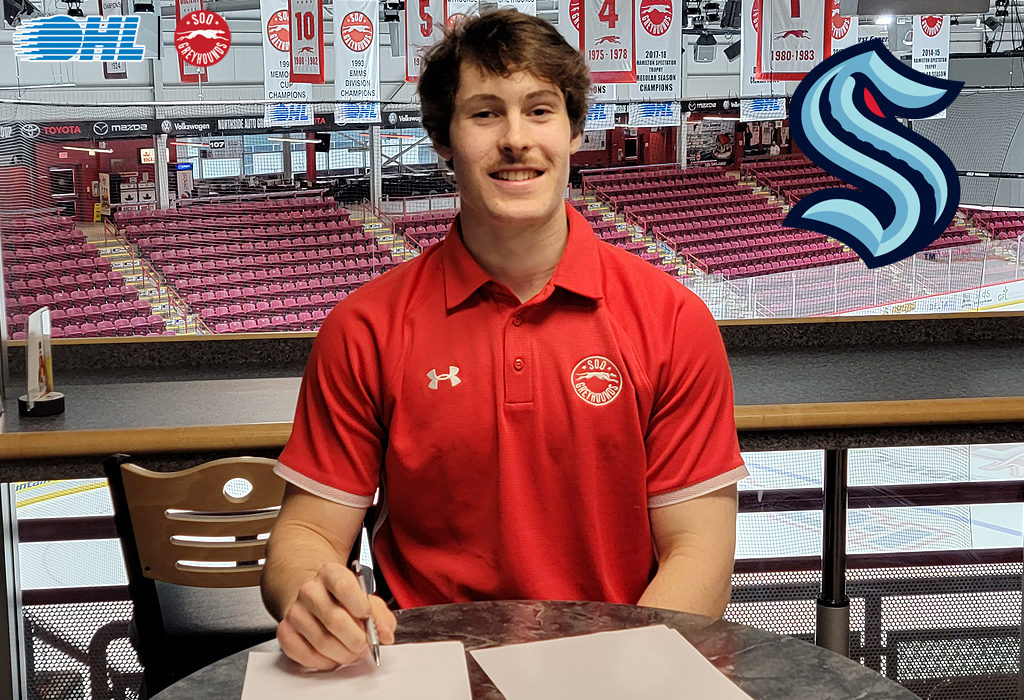 A 20-year-old from Kingston, Ont., Kartye is in his third season with the Greyhounds and on target for a career year, currently with 58 points including 33 goals and 25 assists in 45 games. He sits second in overall team scoring and leads the OHL with 17 power play goals and nine game winning tallies.

The 6-foot-1, 200Ib. left winger has recorded 62 goals, 73 assists and 135 points in 173 career regular season games with the Hounds after being selected in the eighth round (158th overall) of the 2017 OHL Priority Selection.

Kartye attended training camp with the Kraken prior to the start of the 2021-22 season.