Get to know CHL stars at Canada’s World Junior Camp 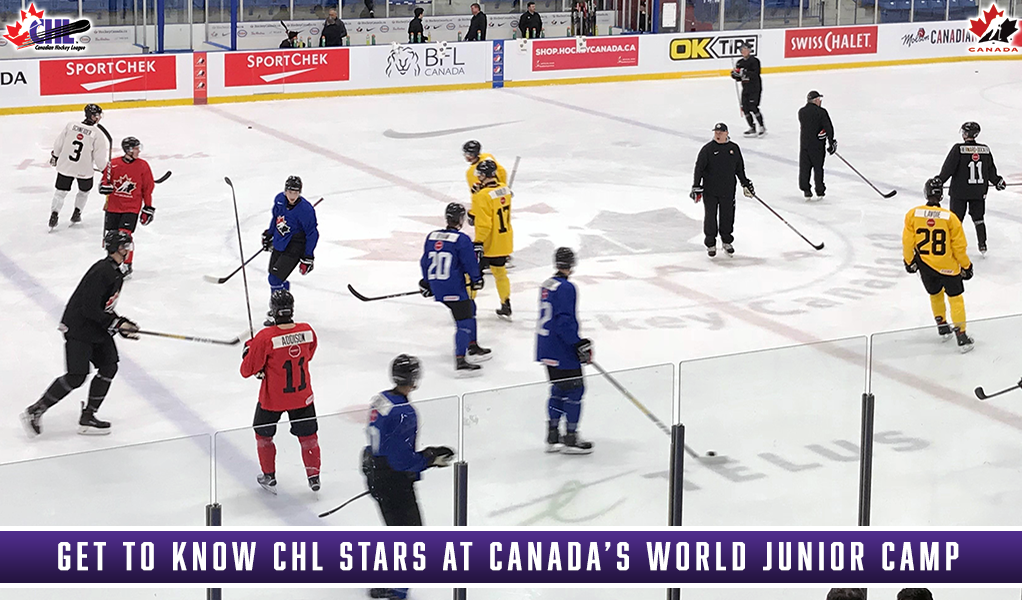 With camp opening Monday in Oakville, Ont., here is a closer look at the 27 CHL talents who are competing for a spot with Team Canada at the 2020 World Juniors:

Kevin Bahl – Hulking Ottawa 67’s defenceman and Arizona Coyotes draft pick is on pace for a career year and sits second among team rearguards with 20 points.

Quinton Byfield – Reigning CHL Rookie of the Year and 2020 NHL Draft eligible is a dominant offensive presence who sits second in OHL scoring with 57 points in 30 games.

Dylan Cozens – Lethbridge Hurricanes centre and Buffalo Sabres first-round pick brings no shortage of scoring acumen as he sits atop the WHL with 46 points in only 30 games.

Nico Daws – Guelph Storm netminder leads all OHL goaltenders with four shutouts and an impressive 2.06 goals-against-average through the first portion of 2019-20.

Ty Dellandrea – Flint Firebirds captain and all-time scorer picked by the Dallas Stars in 2018’s first round enters camp as the reigning OHL ‘On the Run’ Player of the Week after collecting six goals and five assists across three outings.

Joel Hofer – Portland Winterhawks netminder and St. Louis Blues draft pick stands atop the WHL with 20 wins on the season.

Alexis Lafreniere – Rimouski Oceanic captain and 2020 NHL Draft favourite sits atop the circuit with an astounding 70 points on the season counting 23 goals and 47 assists across 32 appearances.

Connor McMichael – London Knights centre and Washington Capitals first-round pick tops the charts in the OHL and sits second in scoring across the circuit with 59 points through 27 games.

Cole Perfetti – Saginaw Spirit forward and projected first-round selection in the 2020 NHL Draft who dazzled for Canada at the 2019 Hlinka Gretzky Cup leads his team in scoring with 45 points in 29 games.

Olivier Rodrigue – Edmonton Oilers prospect and veteran goaltender has found success in his first season with the Moncton Wildcats as he ranks fourth in the QMJHL with 15 wins.

Ty Smith – Spokane Chiefs captain and New Jersey Devils prospect who has had a strong start to the season in notching 17 points is one of four potential returnees to the World Junior stage with Team Canada.

Connor Zary – Kamloops Blazers forward and 2020 NHL Draft hopeful earned a late addition to camp following a success start to the season in which he has tallied 41 points through 28 games.