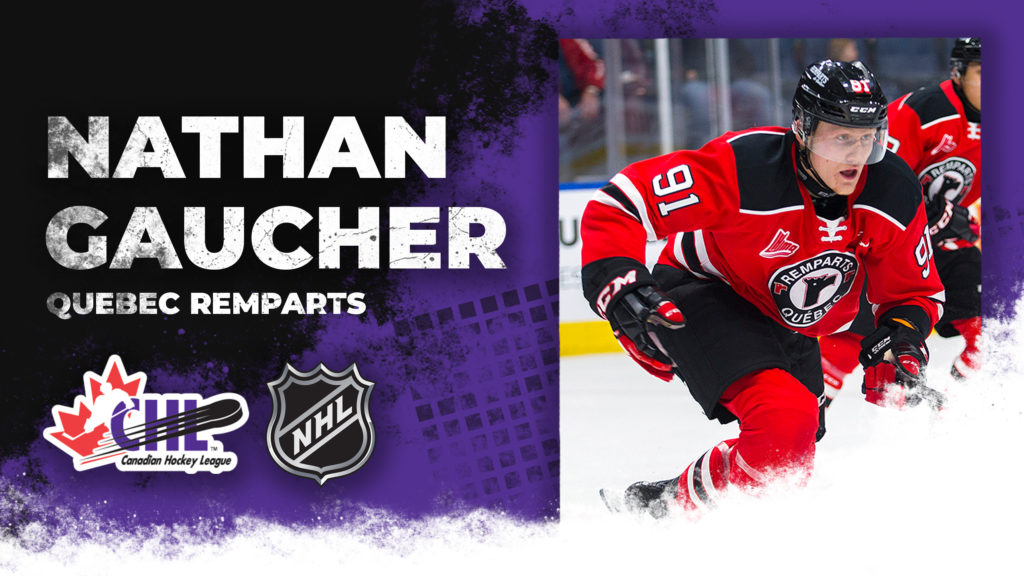 Nathan Gaucher has signed a three-year entry-level contract with the Anaheim Ducks.

Gaucher was the 22nd overall pick in the 2022 NHL Draft after a superb season with the Quebec Remparts.

In 66 games, Gaucher scored 31 goals and added 57 points and was named the 2021-22 Mike Bossy Award winner as the QMJHL’s Best Professional Prospect.

He was a finalist for the Guy Carbonneau Trophy that is awarded to the QMJHL’s best defensive forward. Gaucher led the Remparts in faceoff wins (742) and penalty minutes (74) last season while his six game-winning goals were tied for third.