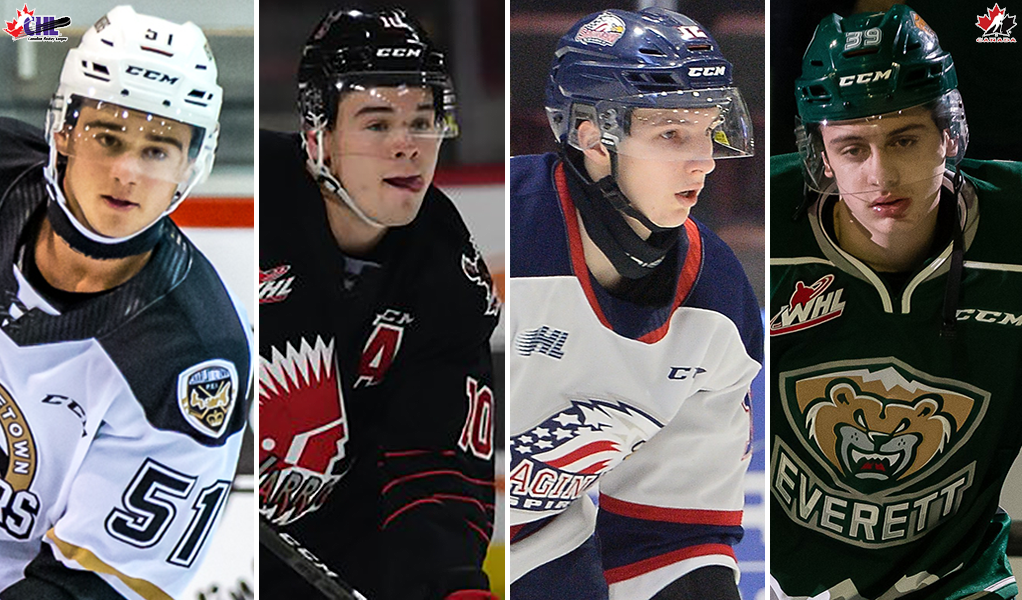 Cormier recorded six goals and 30 assists in 44 games in his second season with the Islanders. He has represented Canada twice, suiting up for Team Canada Red at the 2018 World Under-17 Hockey Challenge and winning a silver medal with Canada’s National Men’s Summer Under-18 Team at the 2019 Hlinka Gretzky Cup.

Hunt appeared in 28 games with the Warriors last season, recording 15 assists. He played for Team Canada Black at the 2018 World Under-17 Hockey Challenge, wore the Maple Leaf with Canada’s National Men’s Under-18 Team at the 2018 IIHF U18 World Championship and won a silver medal at the 2019 Hlinka Gretzky Cup.

Millman, a fourth-round NHL draft pick of the Philadelphia Flyers in 2019, posted 13 goals and 31 assists in 58 games with the Spirit last season. This will be his first experience with the Program of Excellence.

Goncalves recently completed his second season with the Silvertips, recording 33 goals and 38 assists in 60 games. He will make his first appearance with the Program of Excellence.