Foreurs add QMJHL Defenceman of the Year Spence from Wildcats 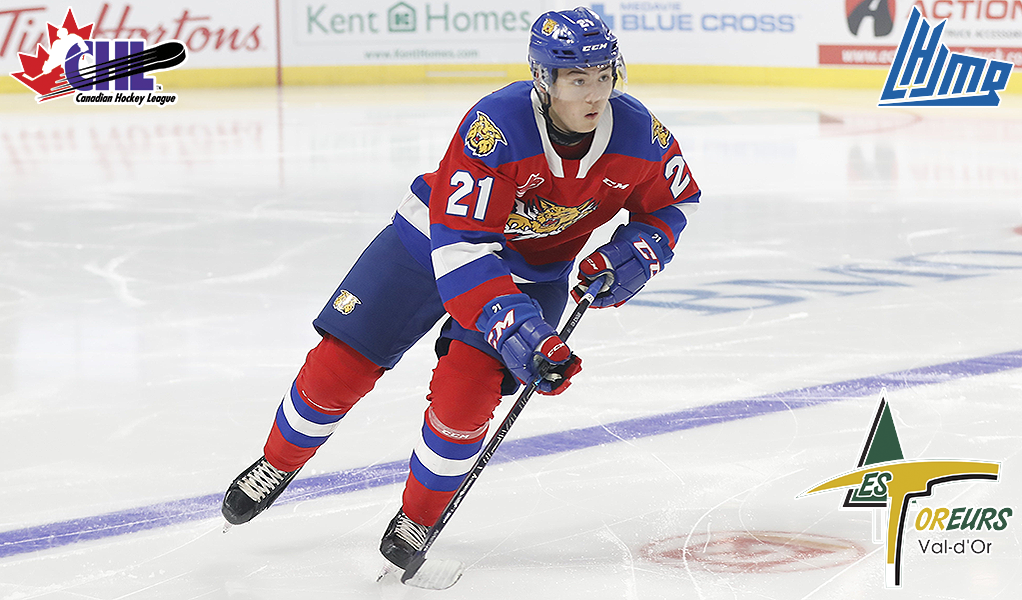 The Val-d’Or Foreurs continue to load up after adding defenceman Jordan Spence from the Moncton Wildcats on Thursday.

Spence heads to the Foreurs in exchange for 2004-born goaltender Vincent Filion, who was chosen sixth in the 2020 QMJHL Entry Draft. The Wildcats also received a 2022 fourth-round selection previously acquired from Drummondville as well as Val-d’Or’s first-round selection in 2023.

A native of Cornwall, P.E.I., Spence recently competed with Canada at the 2021 World Junior Championship, scoring one goal in two appearances.

Debuting with Moncton in 2018-19, Spence wrapped up his first season with QMJHL Rookie of the Year honours after leading all freshmen with 43 assists and all rookie defencemen with 49 points. In his second season, he then added the Emile Bouchard Trophy as the QMJHL Defenceman of the Year after recording 52 points counting nine goals and 43 assists in 60 games.

“We drafted Jordan as a 17-year-old and it has been a pleasure to watch his development on and off the ice,” Wildcats director of hockey operations Ritchie Thibeau said in a statement. “Jordan is a pro in everything he does. I want to thank him for his commitment and leadership during his time with the Wildcats.”

Chosen in the fourth round of the 2019 NHL Draft by the Los Angeles Kings, Spence has had a strong start to 2020-21, already with five goals and 11 assists for 16 points in 13 appearances.