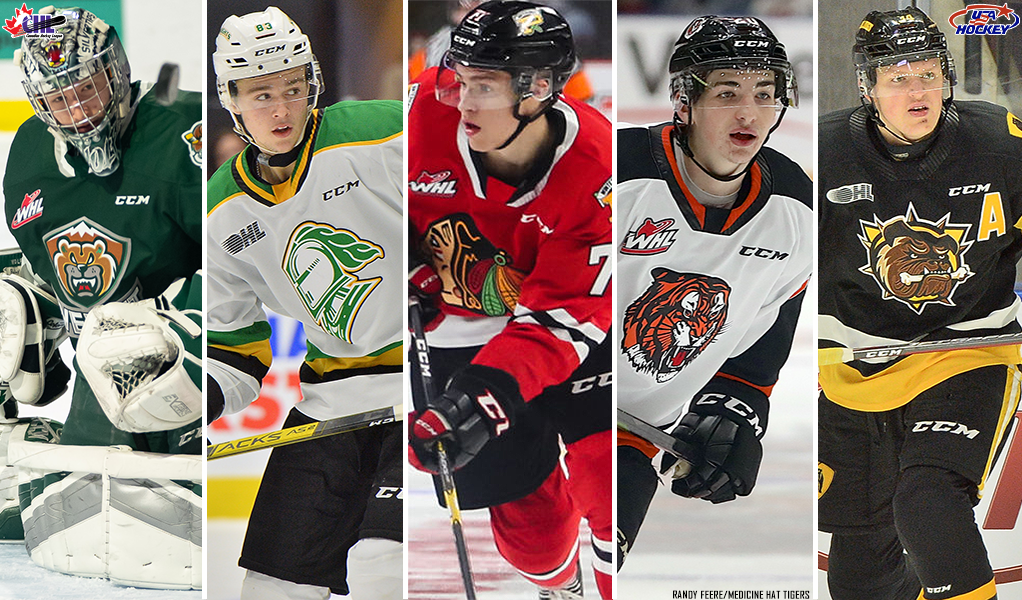 Held July 24 to Aug. 1 at the USA Hockey Arena in Plymouth, Mich., the five CHL players are among 43 total invitees as part of an evaluation camp to help determine the final roster that will compete as the U.S. National Junior Team at the 2020 IIHF World Juniors in Edmonton and Red Deer, Alta., beginning in December.

“We’re excited to have our players and staff together,” John Vanbiesbrouck, general manager of the U.S. National Junior Team and assistant executive director of hockey operations at USA Hockey, said in a statement. “While Finland, Sweden and Canada won’t be joining us as we’ve been used to in past years, this will provide a great opportunity to have our players back on the ice and begin the process in earnest of building our team for the World Junior Championship. With the current pandemic, we’ll be doing some things differently, and that’s okay. It’s exciting to see rinks opening back up throughout the country.”

Of the 43 players, nine are returnees from last year’s squad, including Everett Silvertips netminder Dustin Wolf. The 2020 recipient of the CHL Goaltender of the Year Award presented by Vaughn, Wolf led all CHL netminders this season with a 1.88 goals-against average, .935 save percentage, and nine shutouts. The 19-year-old native of Tustin, Calif., was selected in the seventh round of the 2019 NHL Draft by the Calgary Flames.

Also among the returnees is Hamilton Bulldogs forward Arthur Kaliyev, a dynamic offensive presence who continued to show his scoring touch in his third OHL season in notching a team-leading 98 points counting 44 goals and 54 assists across 57 appearances to finish fifth in league scoring. The 18-year-old from Staten Island, N.Y., was selected 33rd overall by the Los Angeles Kings in the 2019 NHL Draft.

Joining Kaliyev up front is a pair of forwards from the WHL in Cross Hanas of the Portland Winterhawks and Lukas Svejkovsky of the Medicine Hat Tigers. A native of Highland Village, Texas, Hanas impressed in his second season with the Winterhawks, amassing 22 goals and 27 assists for 49 points in 60 contests. Eligible for the upcoming NHL Draft, Hanas ranks 58th among North American skaters per NHL Central Scouting.

After beginning the season with the Vancouver Giants in which he collected 10 points through 18 games, Svejkovsky joined the Tigers in early January where he added another 28 points counting 13 goals and 15 assists in 34 outings, bringing his season total to 38 points across 52 appearances. The 18-year-old native of Point Roberts, Wash., ranks 165th among North American skaters per NHL Central Scouting ahead of the 2020 NHL Draft.

Rounding out the CHL invitees is Hunter Skinner of the London Knights, a 2001-born blue-liner whose debut campaign saw him impress with 32 points counting six goals and 26 assists across 32 appearances to finish third in scoring among London rearguards. A native of Pinckney, Mich., Skinner was selected in the fourth round of the 2019 NHL Draft by the New York Rangers.