Five Canadians to watch at the 2022 Hlinka Gretzky Cup 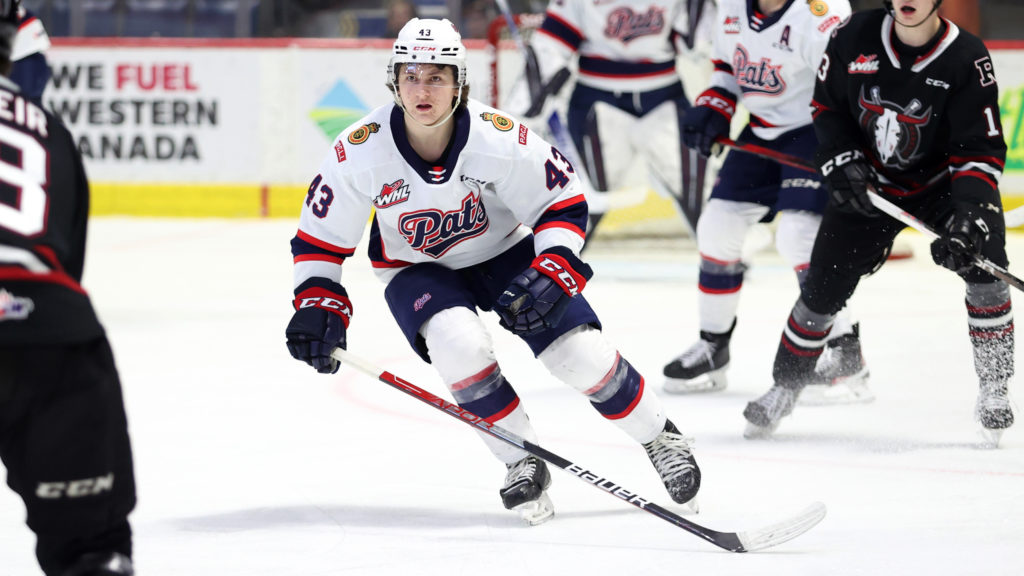 As 22 CHLers get set to represent Canada on home ice at the 2022 Hlinka Gretzky Cup, there certainly won’t be a shortage of talent on display in Red Deer.

With a 23-man roster, that features 18 CHL franchises, Canada will seek its first gold medal at the tournament since 2018.

The hosts are in Group A alongside Slovakia, Sweden and Switzerland and will open their campaign Sunday. With that in mind, here’s a look at five Canadians to keep an eye on throughout the tournament.

Allen was named Canada’s captain Monday shortly after the roster was revealed and the d-man will be heavily relied upon next week.

The Storm blueliner is considered one of the top defensive prospects in the 2023 NHL Draft and with good reason. In 2021-22, he was named the OHL’s Rookie of the Year after a 37-point effort from the blue line. He was also selected to the OHL First All-Rookie Team after his 13 goals led all Guelph d-men.

Barlow was one of only three OHL rookies, and the only winger, to pot 30 goals in 2021-22 and it earned him a spot on the OHL’s First All-Rookie Team.

His 30 goals were part of a three-way tie for the Attack lead while his 47 points placed him fifth in Owen Sound scoring. Barlow also scored five times in seven playoff games to lead the team in that category.

Yes, the Regina Pat that comes to mind is eligible for this tournament but isn’t taking part, however, that doesn’t discredit the quality that Howe brings to the table.

His 69 points last season were tied for third most among all WHL rookies while his 28 goals placed him eighth.

Eligible for the 2024 NHL Draft, Howe trailed only Connor Bedard in Pats scoring last season as a 15-year-old. Howe’s 27 power play points were the fourth most by a WHL rookie while he also scored twice shorthanded.

He represented Canada earlier this year at the U18 IIHF World Championships where he was pointless in four games.

Tourigny’s rookie campaign in the QMJHL couldn’t have gone better as he helped the Cataractes claim the first President Cup in franchise history.

Tourigny himself had four goals and 21 points in 64 regular season games before he tallied nine points in the QMJHL playoffs. Shawinigan also reached the semi-finals of the 2022 Memorial Cup presented by Kia.

The Victoriaville, QC., native will wear an ‘A’ at the Hlinka Gretzky Cup.

The reigning CHL Rookie of the Year, Yager is one of 12 WHL players named to the Canadian squad.

Among all WHL rookies last season, Yager’s 34 goals were the third most while he ranked eighth in points with 59 as he also claimed the Jim Piggott Trophy as WHL Rookie of the Year. He also won 49.8 per cent of his faceoffs while his 11 power play goals were tied for the third most.

Like Tourigny, Yager will wear an ‘A’ next week.

The 2022 Hlinka Gretzky Cup begins July 31 while the final will be contested Aug. 6. All games can be seen live on TSN while a complete tournament schedule can be found here.